The Reuter Society is a club or social network for anyone who has ever worked for Reuters, or Thomson Reuters, and wants to keep in touch with former colleagues.

It promotes comradeship and informal contact among professionals from the business of news and financial services, communications and information technology. It brings together people with different skills and interests. Members may have worked for any branch of the group, anywhere in the world, in editorial, finance, legal, HR, marketing, sales and technical.

The Society has two main membership branches, based in London and New York, as well as a lively virtual network that is spreading internationally through the social media, Linkedin and Facebook.

The original Reuter Society was set up on 16 October 1990 in London by a group of recently retired colleagues, headed by Aleco Joannides, a veteran Reuters correspondent and manager. Its first purpose is “to preserve and continue the comradeship developed among the Members during their work for Reuters”.

The Society has about 260 members. Some 80 per cent are based in the UK. The rest are scattered around the world. It is run by a committee drawn from all branches of the Company, headed by Steve Somerville (chairman), Jack Clayworth (secretary) and Tony Keating (treasurer).

The Society holds four regular members’ meetings a year, usually at St Bride’s Institute off Fleet Street, London. Someone with a Thomson Reuters connection is invited to talk about current company developments or about their own experience of “Life after Reuters”. Past speakers have ranged from former group chief executive Tom Glocer to thriller writer Frederick Forsyth. After the talk there is a reception when members socialise. Meetings last about three hours, starting either at noon or 5:00 pm. Every two years the Society organises a group excursion. Past destinations have included Lille, Edinburgh and Geneva. Partners are most welcome to join in the Society’s activities.

The Reuter Society of America is still in the incubation stage. It seeks to emulate the collegiate style and focus of the Reuters Society, providing a connection point for friends and colleagues who worked for Reuters or Thomson Reuters in the Americas.

The RSA’s challenge is to link the widely spread diaspora in any way it can. There will be New York City based events, as that is a focal point for many past employees, but the founders recognise the interests of others over a huge area, a number that is substantial given the spread and size of Thomson Reuters facilities.

The RSA is thus encouraging regional and local ad hoc gatherings while it also finds the best ways to interact using technology.

The Reuter Society is seeking donations to help provide a lifeline for members who need emergency support.

The Reuter Society Fund makes one-off financial grants towards the cost of urgent medical treatment, respite care and other short-term difficulties. It is a benevolent fund of last resort, when a member has no other source of help. Grants are single once-only payments for specific purposes.

Since the Fund was established in December 2012 we have received a number of donations from generous colleagues and we have already made our first grant.

We are now appealing for contributions both from Society members and from our network of supporters on LinkedIn and elsewhere. Any amount, small or larger, will be welcome - and will be well used.

Donations can be made by direct transfer to the Society's bank account. Please e-mail me for details. Thank you for any help you can give.

Communications in a Time of Plague

Membership of The Reuter Society costs just £10 a year - or £120 for a lifetime subscription. CLICK the following link and print the application form.

ORIGINS OF THE SOCIETY

The Society was set up on 16 October 1990 by a group of recently retired colleagues, headed by Aleco Joannides, a veteran Reuters correspondent and manager. Its first purpose is “to preserve and continue the comradeship developed among the Members during their work for Reuters”.

The Society has about 300 members. Some 80 per cent are based in the UK. The rest are scattered around the world. The membership comprises:​ 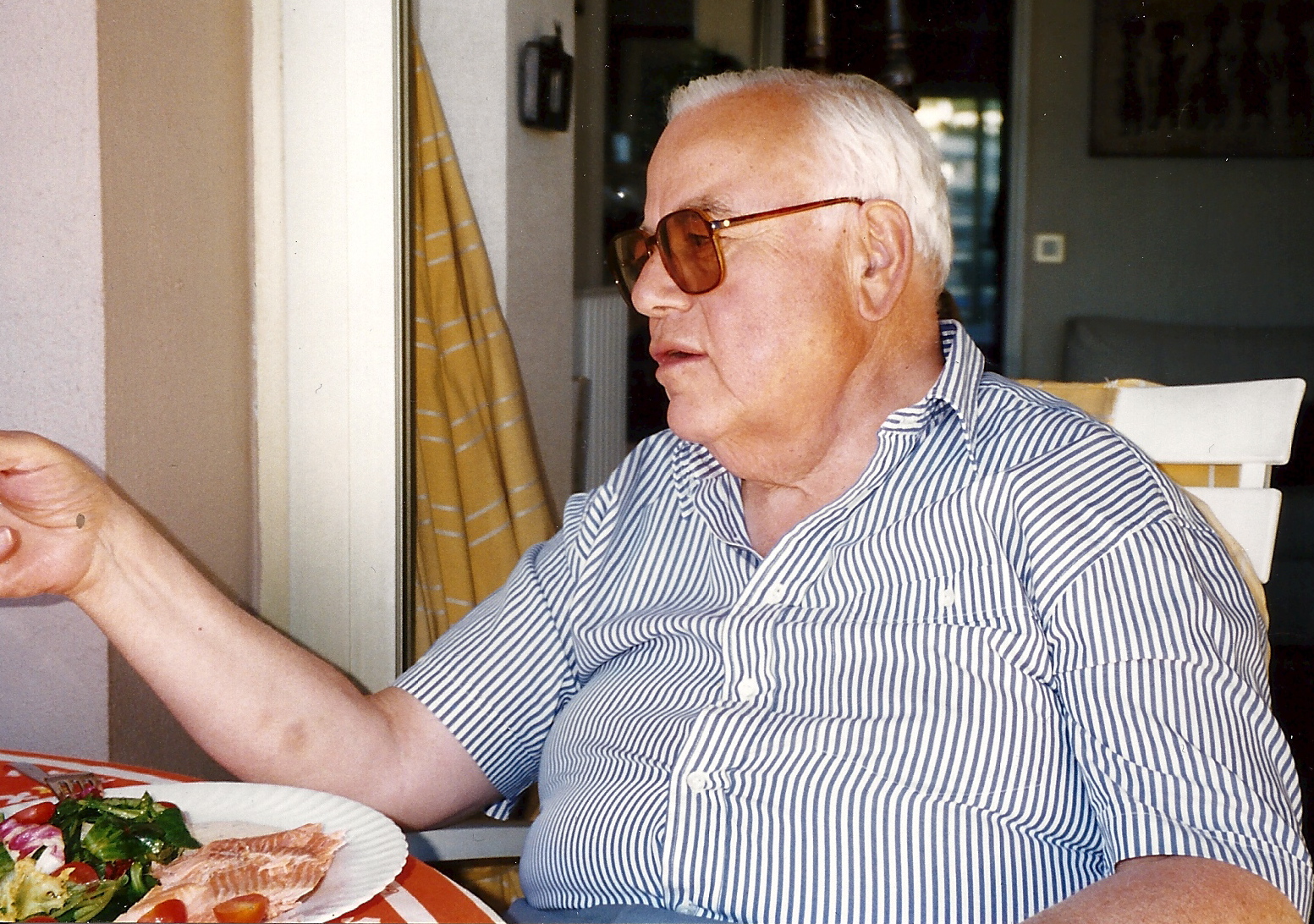 The influence of The Reuter Society was recognised by The Times as long ago as 2000.

Reuters was going through a change of command. Peter Job was retiring as chief executive and the search was on for a replacement. Four directors were in the running: Tom Glocer, Philip Green, David Grigson and Rob Rowley.

Michael Nelson, former general manager, suggested to Aleco Joannides (photo), a veteran Reuters correspondent and manager who was then the Society’s founding chairman, “as a joke” that he ask the Company for the four candidates for the top job to address the Society. “He did so and to my amazement the Company agreed,” Nelson recalls.

Stephen Somerville, current chairman of the Society, remembers the 17 October 2000 meeting as a kind of “beauty contest” in which the four possible contenders for the top job all spoke to more than 100 members.

Nelson recalls: "By coincidence Raymond Snoddy, The Times media editor, telephoned me on December 6, the day of the announcement of the selection of Tom Glocer as chief executive. The reason for his call was to thank me for pointing out to him that he had misquoted John Milton’s most famous statement on freedom of the Press which was in the Areopagitica of 1644: “Give me the liberty to know, to utter, and to argue freely according to conscience, above all liberties.” We then talked about the Glocer appointment and I told him about the Reuter Society meeting. Thus the Reuter Society made The Times for the first time.”

The following day The Times reported Glocer’s appointment under the headline “Reuters appointment breaks with tradition” and said he impressed staff at a recent Reuter Society address. The break with tradition referred to Reuters’ appointment of its first non-journalist to the post of chief executive.

Snoddy wrote: “Tom Glocer, who is 41 and at present head of Reuters Information, is also the first American to take the top job. Mr Glocer's division currently generates close to half of total group revenues.

The Times quoted Glocer as saying he found his appointment "very gratifying". He said one of his main challenges would be to ensure that Reuters continued to evolve with technology while at the same time staying focused on customer needs. He said that the quality of the company's editorial would remain "absolutely central" to the financial services that the company provided.

“He acknowledged that Reuters had gone out of fashion for a time ‘during the dot-com era’ but in fact Mr Job had continued to concentrate on essentials such as earnings growth.

“Mr Glocer, a lawyer who once worked in mergers and acquisitions, said yesterday he was not shy about going for acquisitions but added "you see far more damage than good done by a lot of them".

“Sir Christopher Hogg, Reuters chairman, who made the choice with his fellow non-executives, said that Mr Glocer, only the ninth Reuters chief executive, had established a remarkable reputation.

"’He is smart, decisive, questioning, but tough and importantly is internationally aware and experienced,’ Sir Christopher said, conceding that the need for continuity after rapid organisational change had given internal candidates an advantage.” ■

How the Reuter Society began

Reuters and the events of May 1968 in Paris