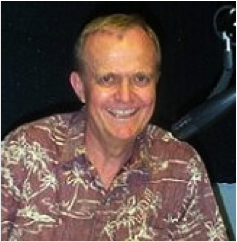 As an unpaid broadcaster Ian Capps (photo), former deputy manager, North America, does “the whole thing from soup to nuts” - researching, writing and recording his hour-long weekly music show The Early Muse in the Honolulu studio of Hawaii Public Radio.

It’s a half-time job - about 25 hours a week, he told The Reuter Society, putting together a mixture of medieval chant and troubadour songs to renaissance and early baroque music, both sacred and secular, from the 12th to the 17th centuries.

Capps joined Comtelburo in 1964 and worked in Reuters Economic Services editorial, sales and management in Europe, Latin America, the Middle East and London before leaving in 1980 as deputy manager, North America. He spent the remainder of his working life in the United States before retiring in 2001 to Hawaii, his wife Jeannette’s home state. They met while singing renaissance music in New York and now sing with the Honolulu Symphony Chorus. ■