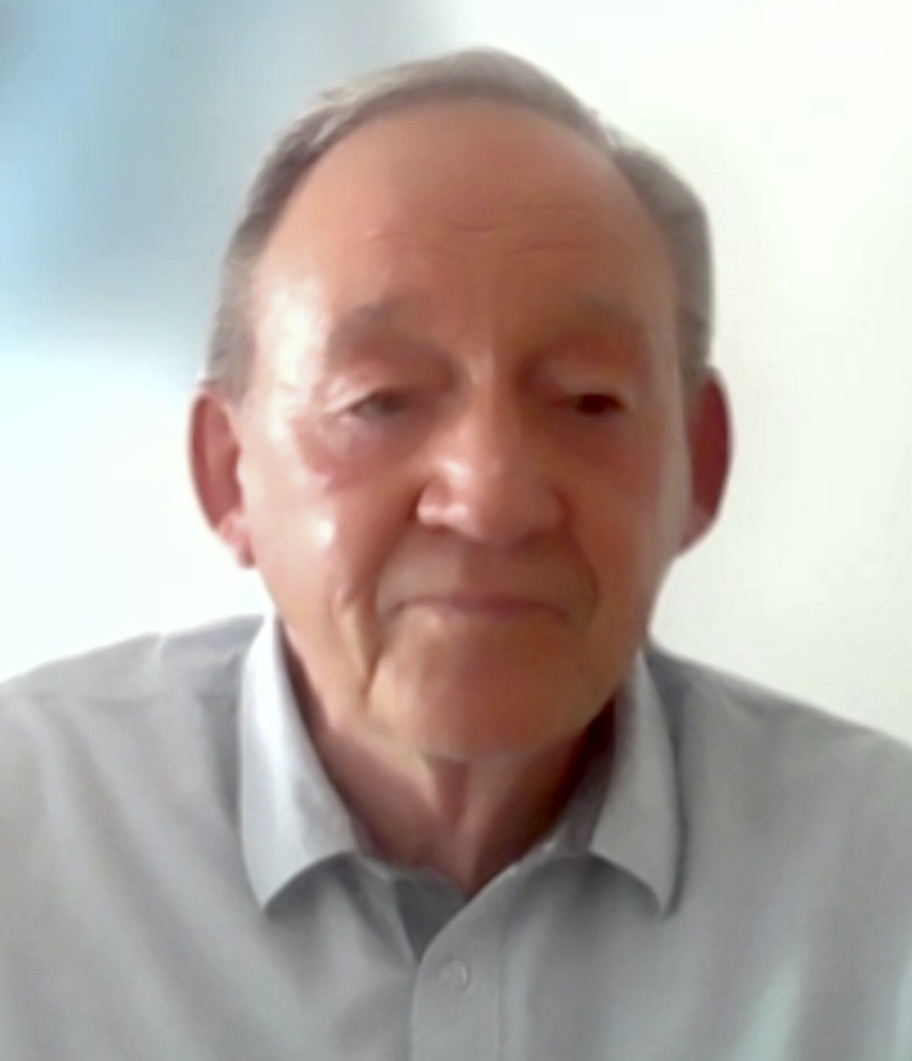 What is to be the fate of Ukraine following its invasion by Russian forces? Julian Nundy (photo), who knows the country better than most, is fearful.

He studied at Shevchenko University, Kiev and his first Reuters assignment, initially as a graduate trainee, was to Moscow. Much later he returned to Ukraine on reporting trips including for the 2004 Orange Revolution. Since 2007 he has been an election observer for the Organisation for Security and Cooperation in Europe. Of his 16 missions so far, eight were to Ukraine, including two stints of three months in 2019 and six weeks in 2020, to the Ukrainian-held part of the Donbas region.

In a tour d'horizon that ranged over centuries of Ukrainian social, cultural, economic and political history, Nundy reflected on his long experience of the country and its present situation.

The war had shown how effective modern, portable arms could be against greater power and numerical strength, helped by highly-motivated Ukrainian fighters up against often demoralised Russian forces who committed a tragi-comedy of errors, he said.

Where did Russia go wrong? He cited both spectacular intelligence and military failures.

“Moscow believed its own propaganda: that Ukraine was in the grip of degenerate Nazis whose population eagerly awaited liberation and integration with the mother country. Thus, the invasion would succeed in a few days, Kiev would be captured and President Zelensky would be replaced by a puppet leader.”

Nundy said six Russian oligarchs had died in odd circumstances since the war started in February, all attributed to suicides. Five were executives of Russian energy companies such as Gazprom. In three cases - one in Spain and two in Russia - the bodies of their wives and children were also found. Of the remainder, one died in Britain.

Last week the Russian FSB security agency published what Nundy called an astonishing statistic. It said a total of 3.8 million Russian citizens had left the country in the first quarter of this year. This compared with a figure of five million over the previous 20 years. Just after the invasion began, thousands headed for neighbouring republics, particularly in the Caucasus and Central Asia, while others went to Europe.

He thinks what he called a side-show of some Western comments about Vladimir Putin’s psychological state are very unwise. “I don’t necessarily agree with the substance of what’s being said but I do disagree with the need to say it.”

Nundy’s main source in Kiev, a former Soviet and Russian army officer now retired, does not believe the nuclear threat.

“But he’s very much a glass half-full person, and I think the more you talk about it the more it could come to pass.”

A crucial and disquieting moment was when the American Defence Secretary [Lloyd Austin] was in Kiev and spoke of the need “to basically to emasculate Russia and make sure they couldn’t do this sort of thing again, which strikes me means that the nature of the battle has changed from NATO’s point of view, that it now really is a war between NATO and Russia, even if through proxies.” ■