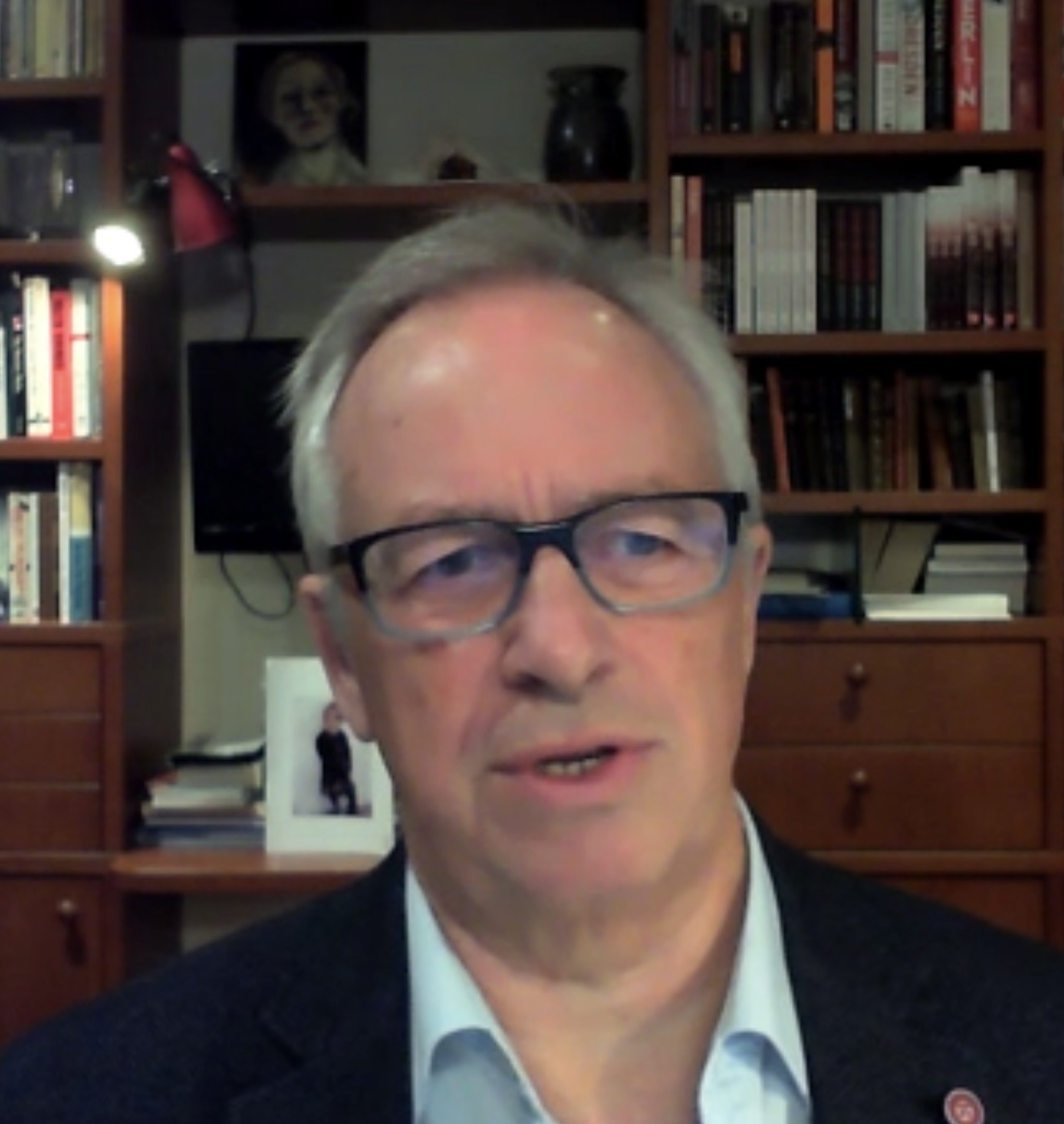 Equivocation amongst a large part of the Russian population, where 25% are for the war in Ukraine, 25% against and the rest don’t care, risks making Russia a pariah state.

“I don’t think many people will want to deal with them for a long time in the future,” said Marcus Ferrar (photo), former correspondent and business manager during a 35-year Reuters career that took him to Paris, Geneva, East Berlin, Prague, Lisbon, Zurich and London.

“If you think about the example of Germany, it took Germans about 30 years before they weren’t treated as pariahs after the Second World War,” he said.

Ferrar, who is working on a book with “Alexei”, a journalist who is one of the estimated one million educated, tech-savvy and the liberal-minded Russians who have left, believes Russia’s prospects are catastrophic.

How do Russians cope with Vladimir Putin’s dictatorial powers, the elimination of free media, conscription for the war and sanctions?

Many hope that the state will somehow look after them but have no great illusions that it actually will. “So they grumble, and in the meantime real incomes have been going down since 2014, so they’ve got something to grumble about. But they’re pretty fatalistic about this, and if something goes wrong they say, ‘Oh, well, in Russia it’s always like that. What do you expect?’

“As far as vaccination for COVID was concerned, a typical saying was an old saying that you only move when the thunder claps. In other words, not much vaccination, only partial lockdowns, and many deaths in Russia, and Putin himself avoided taking too much blame for this by delegating most of the responsibility to regional chiefs.”

Russia’s population, hit by two world wars, one civil war, forceful collectivisation of agriculture, famine, repression and the failure after the Second World War to curb chronic disease like respiratory diseases, is falling. Russian demographers say Russia will never catch up, they’ve missed the boat and the population is likely to continue slowly declining.

“In general one could say that Russian society is backward. Now, this sounds a rather disdainful thing to say but I also think there’s a good message there because we all used to be backward once and if you’re backward it implies that you can move forward…

“I’d like to say something nice about Russia too, and that is its magnificent culture. Nineteen century authors such as Tolstoy, Turgenev, Chekhov appeal enormously to Europeans. Tolstoy used to know Charles Dickens; he visited him in London and he had a portrait of him hanging over his writing desk back in Russia.”

An educated middle class based in the big cities includes highly successful entrepreneurs. “They were used to eating out in restaurants, going to see films, travelling around the world, organising community activities amongst themselves, watching Western films and so on. However they are the minority, but they’re there, and they are people who are very much like us, easy to relate to.”

Under the effect of sanctions, inflation is running at 13% and GDP is down 4%. There’s enough food but less choice. Designer clothes shops in Moscow are all shuttered, the latest Russian cars do not have any computerised aids, cinemas are empty because American films cannot be shown. Russia is largely cut off from the world economy, and Western firms which have burnt their fingers may hesitate to re-enter the Russian market.

How long will Putin last? There is speculation that he doesn’t have that much longer, and this is heard quite widely now.

“His conduct of the war is being criticised, mainly by those who think he should be tougher, but that does means that he is possibly not able to control everything as much as he could. People dare to oppose what he has decided. So one view is that one could think, well, possibly Putin will be replaced by somebody who is better, but the prevailing view tends to be that if somebody comes after Putin it could well be worse or at least as bad.”

The forthcoming book on Russians by Marcus and “Alexei” was almost ready for publication when the war started, and is being updated in the light of the war. Working title: Quo Vadis Russia? ■