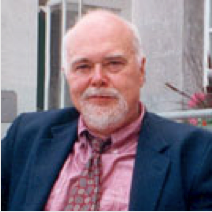 The Short Lunch Club is not short, it doesn’t do lunch (eating goes against the spirit of the gathering) and it’s not a club. It has no membership, no executive and no rules. It’s only purpose is to provide a reason for informal meetings of colleagues of the late George Short, Reuters’ legendary Training Editor (photo).

Short (“Just write what happened. WRITE WHAT HAPPENED!”) died suddenly on 1 June 1997. Over 16 years he had instructed and earned the love and respect of many hundreds of graduate trainee journalists. He was 58 and previously had been a correspondent and editor.

“Many distinguished editors and foreign correspondents now working in the British and American media owe their best professional instincts in reporting and writing to George Short,” one of his graduates, Andrew Gumbel, wrote in an obituary published in The Independent on 10 June 1997.

“So, too, do the scores of journalists from Eastern Europe, Asia, Africa and Latin America who won places on his courses through the Reuter Foundation.”

Anyone who knew George Short and cherishes his memory is welcome to attend gatherings of colleagues who meet in his name. These take place on the second Thursday of alternate months at the Old Bank of England, a pub at 194 Fleet Street, London. Go to EVENTS for dates. ■