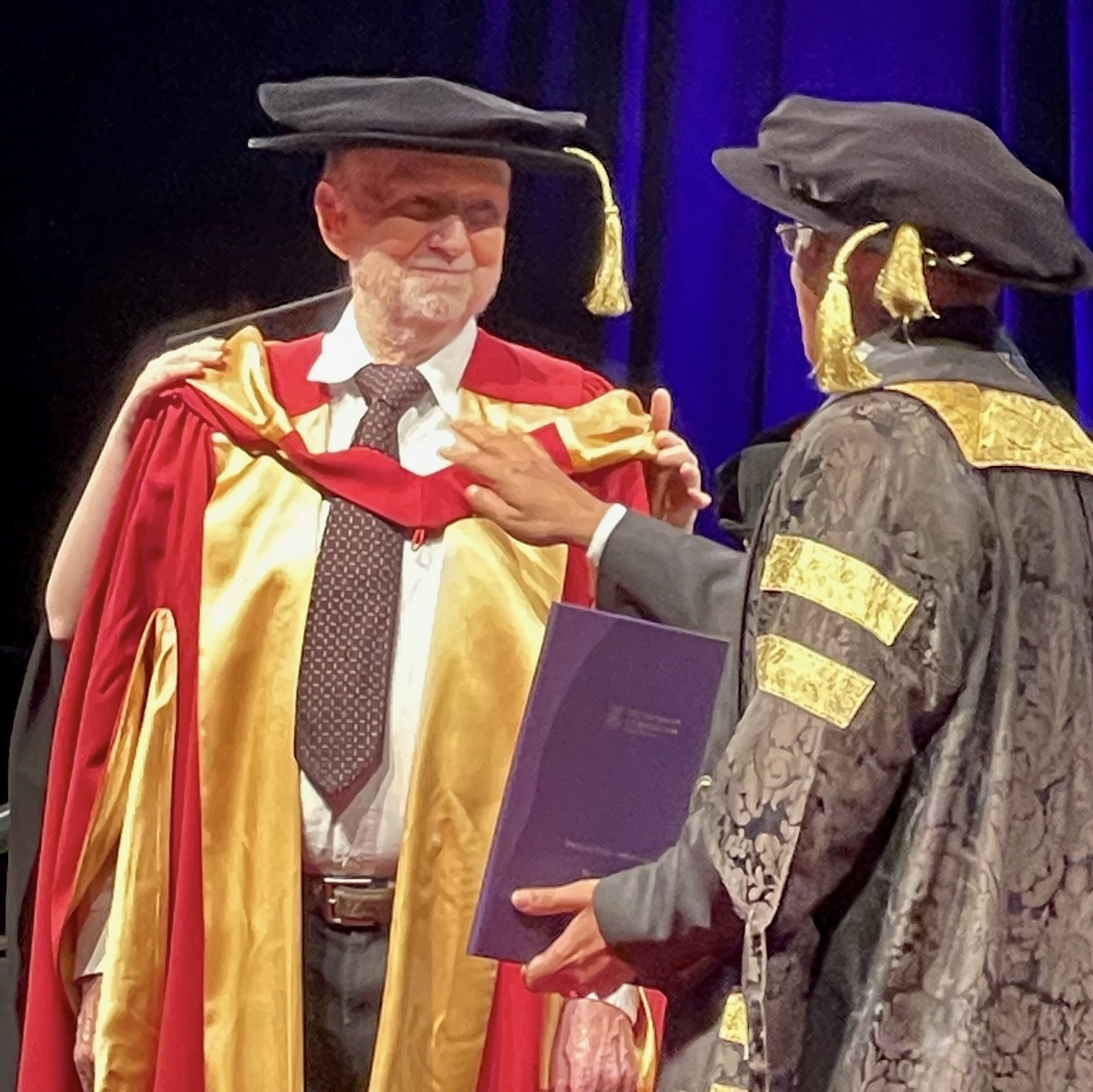 Hugh Lunn, who turned up at Reuters lacking a degree or foreign languages but did a test and got a job, has been awarded an Honorary Doctorate of Letters "in recognition of his inspiring achievements as an author, biographer and journalist”.

Lunn, 80, graduated Hon.DLtt at the university in his native Queensland (photo).

He covered the Vietnam War including the 1968 Tet Offensive during his five years (1965 to 1970) with Reuters. He also worked in Indonesia and on the World Desk in London.

“I told the graduation audience of 1,280 how I turned up at Reuters, 85 Fleet Street, in 1965 without a degree - and was asked by Charles Farmer what languages I spoke. I said ‘Two. I speak Australian … and, er, I understand English’. BUT, I told him, I’ve just been through Red China and had these stories published - and Reuters can’t get in there.

“So he allowed me to do the Test - which I found meant Jack Henry (home editor) handed me probably the worst 20 stories ever filed and said ‘do with them what you will’. When I finished he said ‘now write 1,000 words on Bridget Bardot’. An hour later I handed it in and he said ‘that was quick’. And I said I’d been a fan of hers ever since I saw her in ‘And God Created Woman’.

“Jack Henry threw my feature in the bin and said ‘Then write 1,000 words on Dr Martin Niemöller instead.’

“I dialled 9 and asked for the Library, they sent up the file, and I wrote the story - and got the job.”

Lunn said he received a special bonus of £200 for his coverage of the Tet Offensive with Jim Pringle. His Saigon roommate, Bruce Pigott, was killed as was his replacement in the Reuters bureau, Ron Laramy.

“In 1969 I was in West New Guinea - then stone axe territory - for six weeks covering the so-called Act of Free Choice which was not an act of choice at all in which Indonesia took over the territory the size of France. I was 2,000 miles from my office in Jakarta. Only myself and a Dutch journalist covered the whole thing.

“When I got back to London more than two years later the general manager Gerald Long put on a dinner for returned correspondents … and I was not invited. So I resigned and returned to Australia.

“A good mate of mine in Reuters later visited me a couple of times in Brisbane - Peter Job, who eventually became the boss. I might have prospered if I’d stayed!”