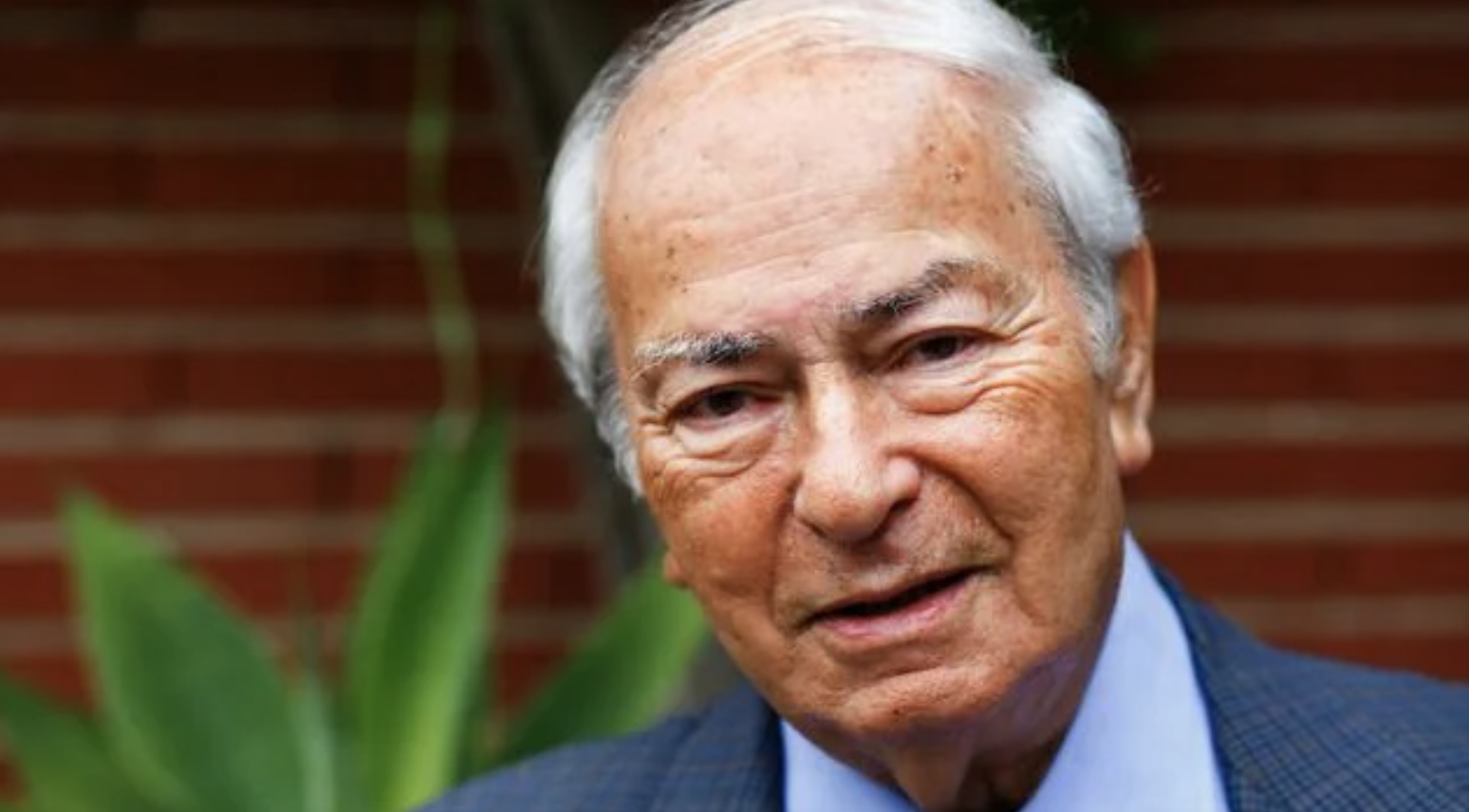 Riccardo Ehrman (photo), the Italian reporter who opened the Berlin wall with a question and accidentally helped Reuters - and me - to win a historic beat, has died.

The news of his passing at the age of 92 was reported by German media quoting the Italian news agency ANSA.

Ehrman, then ANSA's Berlin correspondent, arrived late at the press conference with top East German official Günter Schabowski on 9 November 1989 because he couldn’t find a parking place. Inside the crowded room he found no seat and sat down on the podium step. The briefing relayed communist lyrics about the will of the ruling SED party to follow the path of reforms as demanded by the protesting people. No news at all.

But shortly before 7:00 pm Ehrman asked the question that changed the course of history and for that night made the Germans the world’s happiest people.

Speaking with a strong Italian accent, he introduced himself: “My name is Riccardo Ehrman from the Italian press agency ANSA. Mr Schabowski, you spoke about errors. Wasn’t the draft of a travel law a grave error?” The East German government had withdrawn the draft after it was rejected even by the ruling communists as too restrictive.

Schabowski explained the intentions of the draft and then said a new ruling on travel to the West had been approved by the Central Committee of the SED. “Private travel abroad will be permitted without (naming) travel reason via all border crossings”, Schabowski read from a sheet of paper that he had taken out of his briefcase.

“When does this new rule come into effect”, a reporter from West German’s biggest tabloid Bild asked.

Ehrman said he was aware that Schabowski’s words were a world sensation and ran to a telex machine to inform his news room. So did I - and Reuters was two to three minutes ahead of the opposition.

ANSA held back the breaking news. Ehrman’s editors didn’t believe him. “Riccardo, are you growing insane?”, the reporter later quoted his editor-in-chief. The news from Berlin hit ANSA’s wires after a delay of about 30 minutes.

For Reuters a circle was closed. On 13 August 1961 correspondent Adam Kellett-Long was the first reporter to tell the world that East Germany had begun to build the Berlin wall.

Volker Warkentin retired in November 2013 after a 35-year career with Reuters German language service in Berlin.

Fall of the Berlin Wall: Correspondents remember what it was like

Wall veteran: 'Reuters was something special' ■