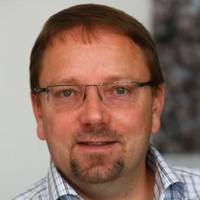 One of Reuters oldest language services, in Germany, is being reduced in the agency's current round of job cuts, with ten positions - one in eight - disappearing.

The newspaper Frankfurter Allgemeine Zeitung, reporting a note from the Betriebsratworks council, said political coverage will be cut the deepest. It is unprecedented, the note said after being informed of the cuts by Olaf Zapke (photo), bureau chief for Germany, Switzerland and Austria.

FAZ said Zapke, who is also managing director of Thomson Reuters in Germany, declined to comment and quoted a Reuters spokesperson as providing a previously released statement about a Europe-wide project with the goal of making coverage more efficient and helping the company to produce more exclusives and value-added stories.

The works council estimated that Reuters has cut the German news operation by more than a fifth in the past six years. It said Zapke told staff that the German service remains profitable despite a revenue decline.

The works council said the German-speaking political news department - including foreign reporting based on the transmission of international correspondents’ reports - will count only 15 people next year without the cutbacks. "What's left of it?" it asked.

A original version of this article reported that the German service was the oldest of Reuters language services. Vergil Berger says this is wrong: the French service pre-dated it by more than a decade. ■