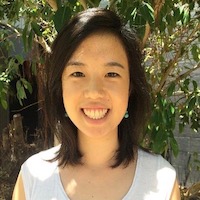 Reuters is opening a new bureau in Shenzhen, a technology powerhouse and key financial centre in southern China, later this month.

The new bureau reflects Reuters' ongoing commitment to reporting on China thoroughly and its moves to bolster business and companies coverage in China and globally, the company said in an announcement.

Establishment of the Shenzhen bureau recognises the pivotal role of the Pearl River Delta region north of Hong Kong, and China more broadly, in the global technology industry.

The Shenzhen bureau will be headed by new South China correspondent, Sue-Lin Wong (photo). Originally from Sydney, she joined Reuters as a graduate trainee in 2014 and has been based in Beijing since late 2015, covering economics and general news. Previously she worked for Sky News Australia in Canberra and freelanced in Beijing for various news organisations, including Reuters.

“This opening of the new Shenzhen bureau is a mark of Reuters commitment to deepen our coverage of companies in Asia, especially in China, where the government is pushing a strategy of developing as a technology superpower in emerging fields, ranging from artificial intelligence to next-generation semiconductors”, said Kevin Krolicki, regional editor Asia. ■