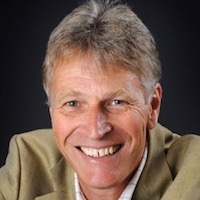 Trustees of the two legacy Reuters pension schemes are keen to reassure members that they are exploring the impact of the Blackstone joint venture involving Thomson Reuters' financial and risk business, their chairman said.

Trustees of the defined benefit schemes have been updating members about the agreed sale of part of the business, as experts stress the fine line between saying too much or too little about a deal, the Financial Times publication Pensions Expert said.

Twelve days after the agreed deal, trustees told members they had met with Thomson Reuters and Blackstone “to discuss and clarify some points in relation to the sale”.

Two weeks later, they responded to member enquiries on how it plans to “support and represent” the long-term interests of the scheme members in its discussions with the sponsor.

They went on to explain that the role of trustees is not to demand continued accrual - something members have been concerned about - but to protect benefits already accrued. “The trustees will do all within their powers to maximise the protection of the accrued benefits of all members of the schemes,” it said.

There are 7,438 members in the Reuters Pension Fund and 183 in the company’s Supplementary Pension Scheme.

“But as regards the future accrual of benefits, this will be driven primarily by discussions between employees and their current or proposed future employer regarding the proposed terms and conditions that will apply to their employment,” the trustees explained.

Both the RPF and the SPS are closed to new members but currently open to benefit accrual.

Nonetheless, the trustees added that they will “maintain an ongoing dialogue with Thomson Reuters and Blackstone in order to ascertain and understand their proposals in relation to future service accrual”.

Greg Meekings (photo), chairman of the RPF and SPS trustees, told Pensions Expert: “A number of pension schemes have been subject to intense scrutiny over recent months regarding the actions that they have taken to protect member benefits adequately.”

He said the Reuters trustees were “keen to reassure the members of RPF and SPS that we are exploring the impact of the Blackstone joint venture involving the financial and risk business”.

The trustees have created subcommittees for each of the two schemes “to progress discussions through regular meetings both internally and with the sponsor” and are taking advice regarding the impact of the takeover on the sponsor covenant, he added.

Depending on how the covenant strength is affected, schemes often ask for extra funding or guarantees.

Meekings said: “We will discuss any change in the nature and strength of our covenant with the sponsor, including what level of mitigation may be appropriate.”

He stressed the “open and constructive channel of communication” the trustees have with the scheme sponsor, as well as Blackstone and the regulator.

How much information is too much?

Janine Wood, a director at Independent Trustee Services, said member communication during a sponsor takeover can be complex because the situation is “very fluid” with “things going on behind the scenes”.

Trustees also have a duty of confidentiality and might have signed non-disclosure agreements, she pointed out.

However, Wood was in favour of letting members know that the trustees are actively involved. “I think it should be more common than it is,” she said.

Anne-Marie Winton, a partner in Arc Pensions Law, warned that trustees might want to reassure worried members but need to take care not to divulge too much about the details of the deal.

“The key question that members want answered is whether their pensions will be as secure after the sale as they were before. And that is the key analysis that trustees will need to do,” she said. ■