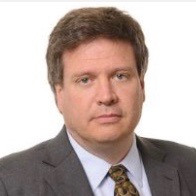 Reuters named a new editor for its largest region - Simon Robinson (photo), who will take over leadership and editorial direction of Europe, Middle East and Africa on 1 January.

“Simon has been a creative and inspirational leader of enterprise coverage since he joined Reuters in 2010,” editor-in-chief Stephen Adler wrote in a note to staff.

“Most recently, in May, he was named deputy global enterprise editor, supplementing his duties as regional enterprise editor for EMEA. Simon has worked with a dedicated regional enterprise team, plus bureau chiefs and reporters across the region, to deliver powerful series that exposed corporate tax practices at Starbucks, Google and Amazon; explored the secretive, multi-billion dollar organization controlled by Iran’s Supreme Leader; deftly followed the corporate and money trail to document Putin’s fortune; and provided groundbreaking reports from the Middle East, among many other important projects.”

Prior to Reuters, he worked at Time magazine for 15 years as a correspondent and acting regional editor for Europe, Middle East and Africa.

Robinson replaces Richard Mably who is to run markets and commodities and energy coverage globally. ■