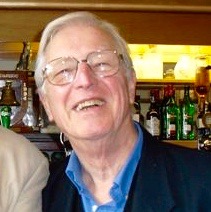 Allan Reditt (photo), a former Reuters correspondent, died on Saturday, days after diagnosis of inoperable advanced liver cancer. He was 80.

A few weeks earlier he had been admitted to hospital for treatment of an injury sustained in a fall at his home in the Dordogne region of southwestern France. On Friday he was transferred to a nursing home, where he died the following day.

A trained zoologist with a post graduate qualification in education, Reditt taught for two years before joining an advertising company as a media executive. In 1963 he switched to making adventure films for the BBC in Peru, Bolivia and Paraguay. On his return to London he became a journalist, first in the City and then as a reporter and television correspondent with the Westminster Press group.

Reditt joined Reuters in 1965. Over the next quarter century his career took him to posts in Ghana, Singapore, Malaysia, Nigeria, Portugal, South Korea, Brazil, Bahrain, Cyprus and Hong Kong, where he retired in 1992. He travelled widely in Africa and Asia on reporting assignments.

Reditt was noted for a dry, irreverent sense of humour.

In 1972 he covered a seven-week tour of South East Asia and the Indian Ocean by Queen Elizabeth. Afterwards, he reported to head office: “There were many funny and some sad incidents on this arduous tour… such as the elephant who misbehaved in Bangkok and the screening behind palm fronds of a consignment of lavatories on the dock at Victoria, Mahe, Seychelles before the Queen arrived. One had to judge the moment to break away and file because the Queen just kept going, praying all the while that something momentous would not happen in your absence. In Kuching it did. The Queen’s flotilla sank some escort canoes. One rower nearly drowned. I had left to get ready for a reception on board the Royal Yacht Britannia, mainly to check on whether the Malaysian army was dropping grenades into the water to keep off river-borne communists (they weren’t). Freshly bathed and besuited I was informed of the river incident and got an open line to Singapore by telex and grilled people as they came into the wire room. My story scored. Not being there I was not so baffled by details and thinking I was behind I worked faster while the other agencies thinking I was safely on my way to the yacht didn’t feel any urgency. In the Seychelles a British policeman kneed me gently in the crutch as a warning when I wanted to approach the site of a bomb incident before the Queen arrived. But my only other affliction followed curried fish in the Maldives. Here we used the Britannia's communications for copy and were alarmed to find it took a day to get to London. We believe the Head of State obtains a better priority rating.”

Reddit is survived by his wife Jackie, also a journalist, daughter Kate and son Gavin.

Cremation will be on Monday at Bergerac, France.