Reuters to cut 'small number' of jobs and add some too 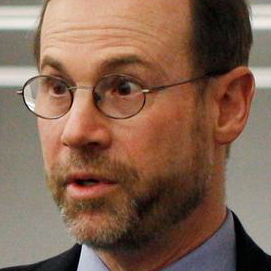 Reuters will cut some jobs but they will be offset by a roughly equal number of new ones in growth areas, editor-in-chief Stephen Adler (photo) told editorial staff.

The growth areas include corporate coverage for investors and multimedia capabilities for digital media customers.

In a memo shortly after Reuters’ parent Thomson Reuters announced about 2,000 job cuts, Adler reiterated that, as chief executive James Smith noted in a statement with the group’s third quarter earnings, there will be no decline in headcount in the Reuters newsroom.

“Reuters has performed well both editorially and commercially in 2016. At the same time, we are in a fast-changing market environment and we routinely look at the best ways to serve our customers,” Adler wrote.

“As we prepare for 2017 we are - as always - looking at ways to improve our newsroom operation and the Reuters business by shifting some resources toward areas of higher growth and higher user demand. Corporate coverage for buy-side, or investor, customers is one area of planned growth, and multimedia capabilities for digital media customers is another. As part of this shift, we will be making a small number of cuts, offset by a roughly equal number of added positions in growth areas. The overall impact will be neutral on newsroom staff size. On the business side, we will be making changes in some areas to best position us for growth and to deliver for our customers. More information will be provided in the coming weeks.

“This is a very busy time for all of us at Reuters, from next week’s U.S. Election to other world news to our commercial endeavors. We appreciate your focus, as always.” ■