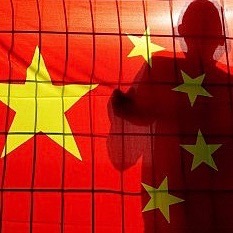 Reuters has tightened its reporting standards in a way that has led to fewer news articles about human rights in China, the writers' group PEN America said.

In a report from Beijing, the newspaper said PEN America's allegation, which quoted anonymous journalists, could not be independently verified.

A Reuters spokeswoman said, “We are extremely proud of our accurate, fair and independent reporting in China and around the world.”

The Times said one area of concern highlighted in a report by PEN America is the Chinese government’s exploitation of the division between media companies’ business and news-gathering operations. Most media organisations say they insulate news-gathering operations from business strategies, but this has been harder to maintain as those companies seek opportunities in China.

PEN America said a number of news organisations did not publish some stories in Chinese that were critical of China. It said The New York Times’ Chinese site translated similar articles in full, although the site is blocked in China.

The Times’ report said China has tightened restrictions on foreign journalists since Xi Jinping became the country’s leader four years ago, “complicating efforts to parse Beijing’s thinking at a time when its slowing economy and growing global ambitions are making it increasingly important to the world.”

It said the PEN America report tries to quantify how difficult it has become for journalists to get the facts out of China. Its conclusion: The estimated 700 foreign journalists in China from 50 countries “face more restrictions now than at any other time in recent history.”

The group surveyed more than three dozen journalists, as well as local Chinese employees of foreign outlets, experts, media groups and others to compile the 76-page report. PEN America has often addressed freedom of expression in China, usually concerning Chinese writers. Its executive director, Suzanne Nossel, said in an interview that it was also important to highlight challenges faced by foreigners trying to report on China.

“Of course, we can’t compare this to the pressures felt by Chinese writers,” she said. “But we are dependent on the critical link that foreign correspondents play. They are an important piece of the puzzle of understanding China.”

The report cited several areas of concern, including increased harassment of foreign journalists working in sensitive places, like Tibet and the autonomous region of Xinjiang in northwest China. Reporters interviewed said they were often videotaped while on assignment, and sometimes followed so closely that they could not interview residents.

Others said that officials had become extremely sensitive to descriptions of Xi. Reporters and editors say they have been berated for unflattering comparisons of Xi to Mao Zedong, or for saying that he is the centre of a personality cult.

The Times said that although the report’s findings are most likely consistent with the experiences of many foreign correspondents, some said it did not put the encounters in a longer-term perspective.

In the 1990s, most trips outside the capital involved being accompanied by minders from the provincial government. Foreign correspondents also had to live in housing compounds that were guarded by soldiers. Although by the late 1990s and early 2000s these rules were increasingly ignored, they were still used to punish correspondents and separate them from local society.