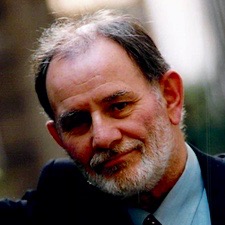 Peter Mosley (photo), 79, who died in hospital on Wednesday after a brief illness, was a Reuters correspondent and editor who covered stories that included the assassination of President Kennedy, the Apollo moon landing programme, and the Soweto riots which led eventually to the collapse of apartheid in South Africa.

He was appointed permanent staff correspondent in Houston responsible for coverage of the south and south-west United States late in 1969 - just in time for the third lunar landing, Apollo 13.

When a tank containing oxygen blew up to cripple the spacecraft and threaten to maroon its three crew in space, American news organisations’ ace rewrite men from New York took over the story from some of the seasoned space writers, whose protests were overruled, Mosley recalled.

Some of the copy turned lurid, he wrote in Frontlines, a book published by Reuters in 2001. “Newspapers liked that. Reuters London told us in a dispiriting cable: ‘Know you telling it like it is, but ’tis cold comfort to be right when opposition getting all the play.’”

In Frontlines, Mosley questioned whether the first man on the moon, Neil Armstrong, had fluffed the most memorable sound-bite in history when he landed from Apollo 11 on 20 July 1969. “The Reuters staffers were sure that they heard him say, ‘That’s one small step for man, one giant leap for mankind.’

“The official NASA version inserted an indefinite article, so that it had him declare, ‘That’s one small step for a man…’ It made better sense. NASA denied the Reuters version and we had to go along with them, and Armstrong later insisted that the ‘a’ was in there. Maybe it got lost in the crackly transmission. Next time they play the quote, listen hard and see what you make of it.”

Born in London, Mosley started work at UPI’s UK arm, British United Press, as a tea-boy in 1953. During national service in the Royal Air Force from 1955 he was stationed at Gibraltar where he became full-time editor of the RAF monthly magazine Roundel. After national service he got a job as a sub-editor at the United Press Associations of America, and in 1957 he joined Reuters as a junior sub-editor on the Central Desk (later World Desk). His assignments included Asia news editor in Hong Kong and bureau chief in London and Johannesburg and science editor.

As Asia news editor, Mosley introduced System/55 message-switching communications technology made by System Integrators Inc (SII) of Sacramento, California to the Hong Kong newsroom in 1983. The following year he was called back to London where, as editorial operations manager for Europe, he headed a project to purchase, customise and install System/55 with its Coyote video editing terminals to the newsrooms at head office.

Since 1979, London had been using the Reuter Editing Terminal (RET) a “dumb” terminal designed in-house which had been introduced some years previously in New York and Bonn. The RET installed in London, Hong Kong and Paris was cumbersome, requiring teleprinters and paper-transfer. The last ones were phased out in 1987.

“We tested the London S/55 system to destruction at SII Sacramento - it had significant advances on the New York system - before we’d let them ship a single server or terminal. And it paid off, with the most reliable and relatively user-friendly system Editorial had ever known. Years later we were forced to abandon it after the bean-counters found a cheaper system called Typlan - problem was that they couldn’t get it to handle high-volume message-switching. When Typlan blew up, Editorial went back to SII, but I’d left by then,” he recalled.

After seven years of working on the new technology Mosley returned to journalism for his last assignment, as features editor.

Since retirement in 1992 he worked as a freelance journalist, author and training consultant and directed residential training programmes for the Reuters Foundation, running workshops in Africa, Eastern Europe and China as well as Britain.

He also started the Memorial Book which commemorates Reuters journalists who have died during the course of their work, and researched and wrote entries for it. ■