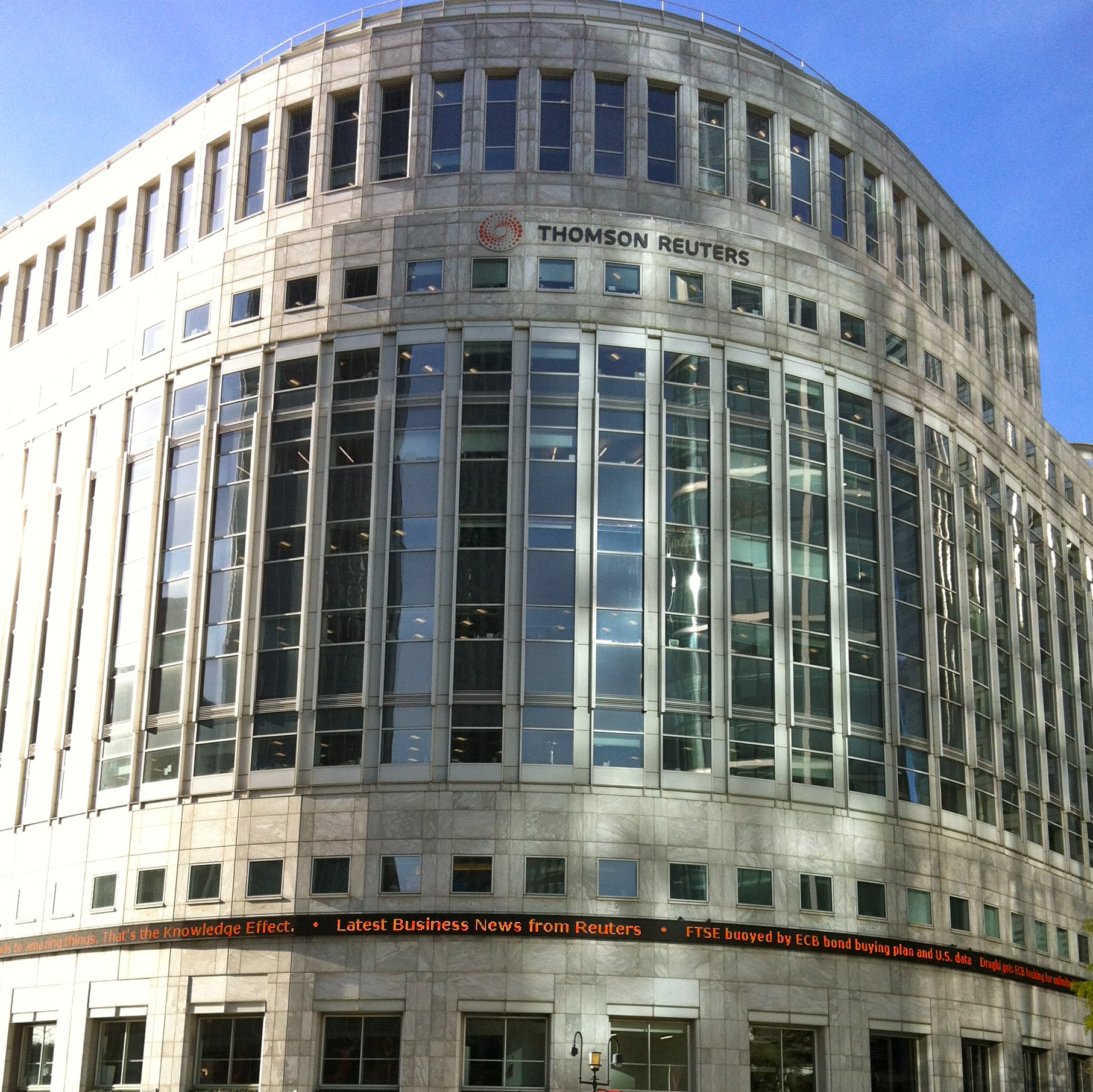 Thomson Reuters is looking for a new London base and is in talks on two potential sites. It has instructed a property firm to find up to 700,000 square feet (65,000 square metres) of office space " one of the biggest requirements in the British capital since the downturn.

The lease on its present main office at 30 South Colonnade, pictured, expires in 2019, although those on some of the group’s smaller premises expire in 2018, which means it will have to renegotiate its property options in the next 18 months. It currently pays an average rent of around £35 per square foot for its properties in London.

The search for a new home is in the hands of Cushman & Wakefield, a New York-based firm of real estate brokers with a presence around the world.

Property Week magazine said on Friday the group is understood to be in talks on two of the biggest schemes on the market: Wood Wharf in Canary Wharf and the International Quarter in Stratford.

Thomson Reuters occupies 10 buildings across the city, including its main base at 30 South Colonnade in Canary Wharf. Reuters moved there from 85 Fleet Street  in 2004.

The company also has space in Vintners Place on Upper Thames Street, 100 Avenue Road in Swiss Cottage and in two buildings on City Road. Its preferred option is to consolidate its financial reporting operations under one roof, Property Week said.

Representatives from International Quarter in Stratford are understood to be courting Thomson Reuters to secure a substantial pre-let on the £1.3 billion commercial and residential development.

Canary Wharf Group is believed to be proposing Wood Wharf as an option, after setting out its intentions to attract a flagship technology, media and telecoms occupier for the 2.57 million square foot office element of the scheme.

Property Week said sources close to the deal suggest Thomson Reuters is more likely to remain within the Canary Wharf development or move to the City, in order to maintain a presence in the financial district on which the business focuses. It is also planning to move its iconic ticker that runs outside its South Colonnade premises to its new building.

Among the group’s other options is 100 Bishopsgate, which is seeking a pre-let before construction can begin, the magazine said.