Spy chief comes in from the cold at Thomson Reuters 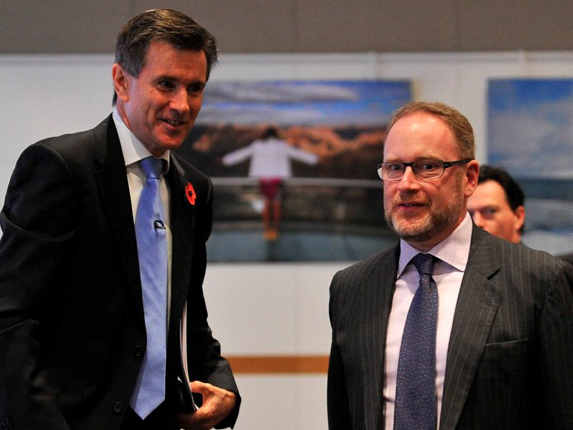 Britain's top spy came in from the cold on Thursday - at the Thomson Reuters building in London.

The head of MI6, Secret Intelligence Service chief Sir John Sawers, went to Canary Wharf for a speech to the Society of Editors, a UK media group. It was the first public speech by a serving British espionage chief and was seen as a move towards more public accountability and openness by a body whose existence was only publicly acknowledged by the government less than 20 years ago.

"We are the secret frontline of our national security," he said. "Secrecy is not a dirty word. Secrecy is not there as a cover up. Secrecy plays a crucial part in keeping Britain safe."

David Schlesinger, editor-in-chief, posted this photograph on Facebook with the caption "me with James Bond", quickly adding "and no, he's not that tall and I'm not that short. He had the unfair advantage of the stage". ■