Ex-Reuters correspondents as ministers? Only a fantasy 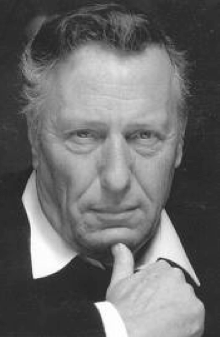 Suspend belief, for a moment or two, and consider what a government formed from Fleet Street would look like.

They are Frederick Forsyth (photo top),​ former correspondent (Reuters 1961-1965), best-selling author and Eurosceptic Conservative commentator who is listed as Foreign Secretary, and John Fullerton (photo bottom) (Reuters 1983-2003), described as “ex-Reuters, and former MI6 agent of Afghanistan and Pakistan”, who appears as Minister for War in Afghanistan.

“With one exception, none of our present cabinet ministers has ever held-down a meaningful job. And yet these mediocrities have the effrontery to put themselves forward as our leaders,” Hitchen writes on the website Gentlemen Ranters: the last pub in Fleet Street. “Running a country is too big a job for politicians, who care only for their own survival.

“So, rather like a fantasy football team, let’s speculate as to what would happen if journalists, and newspaper folk, formed a Fleet Street coalition, and took over the jobs that are too important to clutter-up with party politics." ■