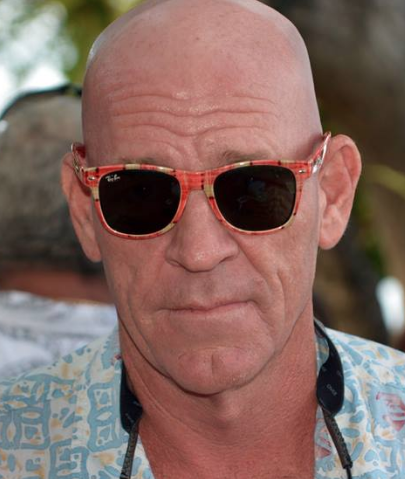 "Once I am out of Kerobokan jail I will go into rehab," Fox, a 55-year-old British national from Zimbabwe, told Bali's Denpasar District Court.

He said his former employer had agreed to pay for his PTSD treatment.

"All my career I was a war correspondent," Fox said. "I worked mostly for Reuters for over 25 years. Everywhere from Chechnya, Iraq, Somalia, wherever there was a war.”

Fox was previously married to Elizabeth Pisani, a former Reuters correspondent who is now an epidemiologist known for her work on HIV/AIDS. She is the director of a public health consultancy based in London.

He said part of the reason for his divorce was his PTSD and his drug addiction.

"She knows that I have been given the biggest lesson," Fox said. "I am determined to stop my addiction. She's very supportive and will support me stop using,” Fox said.

Kerobokan prison doctor Agung Hartawan submitted a two-page medical report to the court that said Fox had first started using "ganja" (marijuana) 30 years ago due to the mental pressure from his occupation as a war correspondent.

The doctor wrote that when Fox was in Afghanistan he felt more stress and needed to use more hashish. "It's cheaper and easier to get hashish there - there is no law for the use of hashish in Afghanistan," he wrote. "While consuming hashish the dark shadows of war can be set aside."

Hartawan wrote that ever since Fox’s arrest he had felt remorse for using hashish and promised to never do so again. He recommended psychotherapy and rehabilitation.

Police arrested Fox at a bar on 8 October last year after a sting operation following the arrest of Guiseppe Serafino, an Australian who was also allegedly found with hashish.

Hartawan testified that Fox had stopped using ganja behind bars and after four months his complexion was clearer although he still had a few medical complaints.

He said he must get counselling to stop him resorting to drugs on the outside to seek short-term relief.

"He needs long-term counselling so he can solve his problems," Hartawan told the court.

Fox said he still had trouble sleeping and would wake every two hours. "I realise I have to solve my post-traumatic stress disorder by not using drugs," he said.

In 2011 Elizabeth Pisani wrote in a blog on her website that she was proud to have spent 10 years living with Fox.

"His determination to give a voice to the men, women and children who are the pawns of conflicts not of their making definitely took a toll on our marriage," she wrote.

"I learned to recognise the lock-down mood that followed yet another assignment in Rwanda, Ethiopia, Iraq, Albania, Afghanistan."

Pisani wrote she never failed to be moved by the stories Fox filed for Reuters.

Fox's lawyer Haposan Sihombing said outside court that Pisani had visited Fox in jail. "When I asked that just now, David cried," he said. "Because one of the reasons he got divorced was his addiction. His ex-wife said she would support David to get help for his addiction. All those killings, when he was covering wars, he would remember the bodies."

Prosecutors will make their sentencing recommendation next week. ■