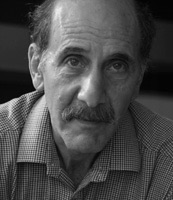 Jules Stewart's latest book, Policing the Big Apple: The Story of the NYPD, is published next week in the UK and on 21 September in the US.

This book examines the history of policing in New York City, from colonial days and the formation of the New York Police Department at the turn of the twentieth century, through battles with the Mafia in the 1930s to Zero Tolerance of the 1990s. It explores political influence, corruption, reform and community relations through a look at the NYPD’s commissioners and the visions they had for the force and the city, as well as at the level of cops on the beat.

Stewart (photo) joined Reuters in Madrid and later worked in London on the Financial Reporting Unit. He left in 1994 to pursue his ambition as an author. He has since published more than ten books on a wide range of subjects, including the Anglo-Afghan wars, the North-West Frontier, The Khyber Rifles, three books on Madrid, a biography of Prince Albert, the story of the Pundits who spied for British India in Tibet, and New York in the 1930s. He is currently working on Strike Up the Band: New York in the Roaring Twenties. ■