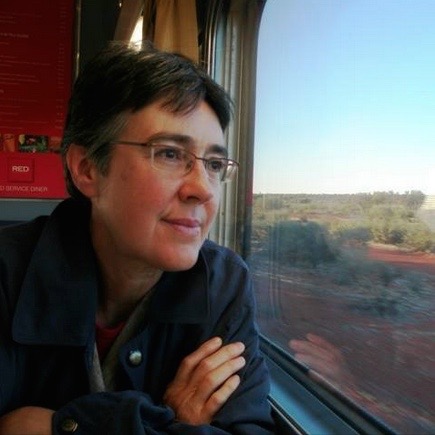 An admitted Russophile, her departure follows her denunciation as "Pathological Russophobe” and the addition of her name to a list of "undesirables" on a website whose extreme nationalist authors recommended her expulsion from the country.

“I was a bit upset, but took it as a joke. I was in good company, along with other journalists who'd covered the Pussy Riot trial or the posthumous prosecution of whistleblower Sergei Magnitsky after his death in custody. As long as the Russian Foreign Ministry wasn't throwing me out, the vitriol of a few extremists mattered little, I thought,” she wrote in the Sydney Morning Herald.

“Now, after a career in Moscow that has spanned 30 years and taken in Mikhail Gorbachev's perestroika, Boris Yeltsin's reforms and Vladimir Putin's re-establishment of "order", the Foreign Ministry itself is showing me the door. I am not expelled exactly - I can return as a guest or tourist - but a new stringency in applying the rules of accreditation means I can no longer operate as a self-employed, freelance journalist.”

The foreign ministry has done her a favour, Womack wrote. “My time in Russia was naturally coming to an end, but I was finding it difficult to extract myself from a place where I have twice been married to Russians, helped to bring up six Russian stepchildren and had scores of Russian friends.

“The Foreign Ministry spared me the stress of a rushed departure, giving me a grace period of three months to pack up. No doubt, the bureaucrats hoped I would leave ‘in the English way’, as Russians say of a guest who slips away from a party without saying anything to the host. But after all these years, I am enough of a Russian to want a last drink na pososhok (for the road).

“My toast of gratitude is not to the state, but to ordinary Russians for their humour and hospitality; to the artists and musicians for sharing with me their visions and techniques.”

She wrote that, “increasingly, I have felt lonely and isolated, realising that fewer Russians remain on my wave length. Russia seems unable now to recognise its true friends. I have been a critic but, I hope, a constructive one. I have preferred the bitter truth to the sweet lie, but I have never stopped loving Russia.”

Womack joined Reuters as a graduate trainee journalist in 1979. In nine years with the agency she worked in London, Vienna, Stockholm, Moscow and Kabul.

Her books include Undercover Lives: Soviet Spies in the Cities of the World (Weidenfeld & Nicholson, 1998) and The Ice Walk: Surviving the Soviet Break-up and the New Russia (Melrose Books, 2013).

What will she do? Where will she go? Back to Australia, where she once lived, probably, she wrote.

Before her Russian visa runs out, she has one last pet project: to take the Moscow string ensemble with which she plays to perform at a church music festival in her small seaside hometown in Yorkshire.

“We will give what we are calling ‘The Friendly Concert’ to show that, despite the frostiness between Russia and the West, cultural ties and the friendship of ordinary people can and should go on.

“It will be a good note on which to go out. Then, with heavy hearts, we will part ‘until better times’. Heaven only knows when those better times will come.” ■