Covid and me: a second chance at life 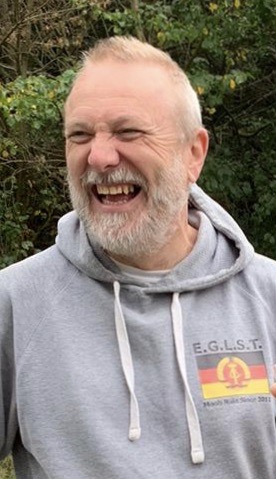 It’s a strange experience to make the news when you’re a Reuters-schooled journalist. I prefer to be behind the scenes. It’s even stranger when you have no memory of what happened.

But my brush with Covid has made headlines in the BBC and the medical press.

My latest post-Reuters job was running communications at the University of Cambridge.

I didn’t feel I was at risk. I was fit - I swam outdoors, cycled everywhere and went to the gym.

But at home in London, I started feeling ill.

I spent a week feeling grotty but not particularly worried. My wife had no symptoms.

After a week, I wasn’t improving, and my daughter - a doctor - told me to call 111. I did and was told to go straight to hospital.

I had a positive test for COVID-19.

Doctors were concerned at the levels of oxygen in my blood, so after a few days I was put on a CPAP (Continuous Positive Airway Pressure) machine that pushes an air and oxygen mix into the mouth and nose.

I have no recollection of the next fortnight - although I was talking and even had phone conversations with my family.

I was eventually taken off the CPAP and was apparently recovering when, despite blood thinners, I had a stroke caused by a clot in the brain. Luckily it seemed to cause little damage.

But a few days later, I became very confused. I was rushed to the National Hospital for Neurology and Neurosurgery, the UK's largest dedicated neurological hospital.

I had to read what happened next in an article written in the third person by the consultant neurologist who took care of me, Dr Arvind Chandratheva.

“Just as Arvind was heading home after a long day as the consultant on call, his phone began to ring. It was a patient with a suspected stroke,” he wrote.

“…A blue-light ambulance transfer was organised and just minutes later a man - let’s call him John - was being pushed out of the ambulance, staring at his mobile phone as if it were an alien object.”

I am “John”. My hands were uncoordinated and I couldn’t understand what was happening.

Within minutes, Dr Chandratheva had found a second, much larger stroke. He increased my blood thinners to doses not routinely used. He told my family there was nothing more they could do, just wait and hope.

COVID-19 was causing clots in half the patients going to intensive care at the time. Chances of survival were poor. Half of COVID-19 patients treated on the intensive care unit within two weeks hadn’t survived.

But I made it, thanks, Dr Chandratheva said, to my fitness. I credit the medical staff.

But I’m home with my family. I’m alive. It feels like a second chance at life. ■