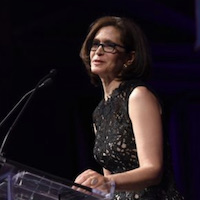 Stevens, who trained as a lawyer, joined Reuters in 2010. She has launched and overseen the integration of Reuters news into Westlaw and social media platforms.