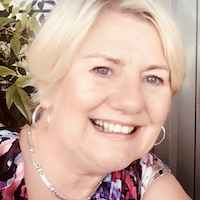 Penny Watson (photo), formerly a bi-lingual secretary at Reuters for ten years, died aged 71 on 15 April after a short illness.

She joined Reuters Economic Services in 1969 and worked alongside such colleagues as Steve Ballard, John Ransom, Liz Hornung and David Ure.

Later she was promoted as personal assistant to general manager Michael Nelson, a position she maintained until leaving Reuters in 1979 to raise a family.

Ten years later, she resumed work as PA to the managing director of a sports marketing company, which position she held until retirement in 2015.

The funeral on Friday 21 May will be streamed live online. Details can be obtained from Frank Watson (frank.watson@hotmail.com).

The family has set up a donations page in Penny’s memory and where tributes can be made. Go to https://www.love2donate.co.uk/inmemory/identify_name.php?bc=301 and search for Penny. ■