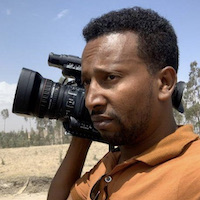 Police had told his lawyer Melkamu Ogo that their lines of inquiry included accusations of disseminating false information, communicating with groups fighting the government, and disturbing the public's peace and security. However, Ogo said he had seen no evidence.

"We are delighted that Kumerra has been released and reunited with his family. His release today affirms he has done nothing wrong," Reuters editor-in-chief Stephen Adler said in a statement.

"Kumerra is a journalist who has consistently demonstrated his professionalism and commitment to accuracy, as part of a Reuters team that reports from Ethiopia in a fair, independent and unbiased way. Journalists like Kumerra must be allowed to report the news in the public interest without fear of harassment or harm, wherever they are.”

The Ethiopian police and prosecutor's office did not respond to questions from Reuters on the reasons for Kumerra's arrest and subsequent release.

Kumerra, 38, has worked for Reuters for a decade.

His family said they were preparing a special meal and looking forward to having him home for Christmas, which many Ethiopian Christians will celebrate on Thursday.

"We are so relieved that Kumerra has been released and would like to thank everyone who has supported us during this difficult time," the family said in a statement.

"Kumerra is a dedicated and professional journalist who has done nothing wrong. He simply wants to report on Ethiopia in an independent way. His family missed him every day he was detained, and we are delighted that Kumerra will be home for Christmas." ■