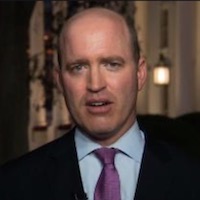 Donald Trump admonished Reuters White House correspondent Jeff Mason (photo) for asking him whether he would concede the presidential election once the Electoral College formally votes to make Joseph Biden the next president.

Trump evaded the question by arguing that the Electoral College would make "a mistake" by voting for Biden, and made more claims about voter fraud. As he continued to repeat unfounded claims, Mason pressed him to answer whether he would concede.

He went on: ”I'm the president of the United States. Don't ever talk to the president that way.” Then he added “Alright, I’m going to go with another question.”

Trump has clashed previously with Mason, a former president of the White House Correspondents’ Association who has been reporting on the White House for Reuters since 2009.

He mocked Mason for refusing to remove his face mask while asking a question and argued with the reporter during another press conference. ■