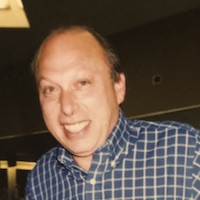 Goldman joined IDR in New York in 1977 as its first development manager reporting to the head of IDR David Russell. He had qualified as an electrical engineer and was an active member of the Institute of Electrical and Electronics Engineers.

IDR - Information, Dissemination and Retrieval - was a specialised development and production subsidiary of Reuters based on Long Island, New York. It was set up in 1973 to exploit emerging microprocessor technologies particularly for use in the distribution of financial services.

Goldman coordinated development engineering activities there during a particularly hectic period when there was a huge effort to complete the development of the discriminator chip.

Goldman transferred to Reuters North America in 1980 as senior vice president to facilitate the introduction of those IDR initiatives into mainstream Reuters for a new generation of distribution systems. Initially known as the Reuter Data Network (RDN), the design evolved into Integrated Data Network, a replacement system for Reuter Monitor and Quotation Retrieval Services-based services. It used the idea of logical data where the meaning of the data is carried alongside the data values. IDN at this stage involved development groups in London and New York.

“Arnie was a much valued steady hand on the tiller during a turbulent era of technology debates and some inevitable group infighting,” said Martin Davids, who headed development and operations. “He was an absolute gentleman and always tried to do the right thing for the development groups he represented and for the project as a whole.”

After the successful launch of IDN, Goldman undertook a series of US-based development assignments and retired in 1994. ■