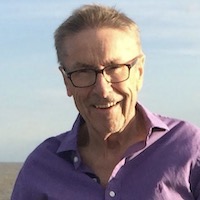 John Parcell (photo), a former correspondent who became a director of Reuters, died on 29 December. He was 73 years old and had been suffering from cancer.

He was managing director Reuters UK and Ireland and later chief executive of Reuters Information and a main board director of Reuters, Geoffrey Sanderson writes.

Parcell joined Reuters in 1969 as a graduate trainee journalist and was assigned to Indochina during the Vietnam war. He excelled as a correspondent and filed copy from the war zones. Notably during the 1972 Easter offensive when the North Vietnamese mounted a surprise attack on three fronts, he reported from Quang Tri in the middle of the fight for control of the old Citadel. He described moving slowly forward behind a south Vietnamese battalion, under intense artillery fire, with paratroopers fighting street by street and house by house and the mounting piles of bodies all around. His story gained wide newspaper coverage, particularly in the United States.

Parcell was later posted to Cambodia and in April 1975 witnessed and reported on the fall of Phnom Penh to the Khmer Rouge led by Pol Pot. In the circumstances, he was fortunate to get out of the country.

After a further assignment to Mexico he returned to London and joined European marketing management with responsibility for Quotes information products and the later successful launch of IDN.

In late 1990 Parcell was appointed managing director of UK and Ireland. He inherited a challenging administrative situation associated with high sales growth but a lack of client management and a substantial financial debt risk given the size of the UKI business. He appointed a group of highly experienced managers from within Reuters, divided the business into four customer-focused divisions, established multi-disciplined teams to serve the clients, re-engineered the business processes and led the specification of a new finance administration and billing system. He also developed and launched a successful UK Equities product, Reuters Equity Focus. He bequeathed one of the best-run businesses in the company.

In 1996 Parcell became managing director for all global information products including news in a new structure, Reuters Information, which included responsibility for product specification and development, marketing and global revenues from those products which at the time accounted for 60 per cent of the company’s revenue. He was appointed to the main Reuters board as an executive director.

Parcell left the company in January 2000 but instead of seeking a quiet retirement he invested in and chaired a number of small information and technology companies. His leadership and clarity of strategy lead to expansion and profit growth and a number of successful trade sales, among them, Group NBT, a domain name management business and Fastmarkets, a commodities prices, news and industry events business.

Parcell sat on the board of governors of a local school, Stoke College, in Cambridgeshire, for some years as chairman. He was married to Anne with whom he had two sons.

The funeral will take place on Friday 24 January at 1:00 pm at Barton Woodland Burial Ground, near Barton, Cambridgeshire. ■