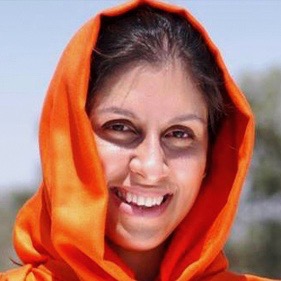 Two UK government departments are in disagreement over millions owed to Iran which, if paid, could help the release of Thomson Reuters Foundation manager Nazanin Zaghari-Ratcliffe (photo), The Guardian reported.

The Ministry of Defence has rejected a plea from the Foreign Office to hand over £400 million owed to Iran by the British government from a 1970s tank sale, saying it is not prepared to give the money to the Iranian Revolutionary Guards, it said.

The Guardian said the case is important because if the money were transferred, as an international arbitration court has ruled it should be, it is more likely that Zaghari-Ratcliffe would be released from prison in Tehran.

Ministerial sources told the newspaper successive defence secretaries opposed releasing the payment, “saying they are not prepared to hand over the money because they claim it will end up in the hands of Iranian forces determined to pursue what they see as a malign military agenda in Yemen, Syria and Lebanon”.

Iranian authorities have not made an explicit link between the outstanding payment and the fate of Zaghari-Ratcliffe, who is serving a five-year jail sentence for espionage, but in private Iranians cite the £400 million as one reason for the lack of trust between Tehran and London, The Guardian said.

One source told the newspaper records would show there had been heated exchanges between the Foreign Office and the Ministry of Defence about the debt.

Lawyers for Zaghari-Ratcliffe’s husband Richard Ratcliffe have frequently pressed British ministers to discuss the means by which the debt could be paid to an Iranian government entity other than its ministry of defence, or through humanitarian channels. Another option is for the UK Treasury’s office of financial sanctions to issue a licence that would make the payment permissible under EU law.

At the weekend, a veil of secrecy over the dispute was lifted when The Sunday Times won a court order allowing the arguments in the case to be published.

The court papers show Iran had asked the Treasury to approve the payment from a government-owned defence company to the Central Bank of Iran. Iranian officials believe the payment can be made without breaching EU sanctions.

The British government signed contracts in 1971 to sell more than 1,500 tanks and armoured vehicles to the Shah of Iran. The contracts were cancelled after the shah was deposed in the 1979 revolution but Iran had already paid for the undelivered tanks and demanded its money back.

Foreign secretary Jeremy Hunt, who has claimed Zaghari-Ratcliffe is being used as a diplomatic pawn, said in a radio interview on Tuesday: “The problem is if you pay ransom money to someone who is a hostage then all that happens is you might get that hostage out, but the next time they want something they’ll just take someone else hostage. That is the conundrum we have.” ■