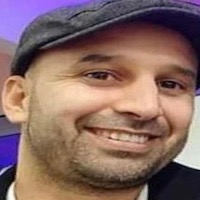 Algerian authorities expelled Reuters journalist Tarek Amara on Sunday after he was arrested for covering a protest against president Abdelaziz Bouteflika.

A Reuters spokesman said Amara, a Tunisian national, was detained on Saturday after an official source denied a Reuters report stating that about one million people participated in a large anti-government protest on Friday in which Algerians urged Bouteflika and his inner circle to step down.

The official, who declined to be identified, did not elaborate on the size of the demonstration.

Reuters has been unable to reach officials at the foreign or communications ministries to comment on Amara's arrest. He was put on a flight to Tunisia.

A spokesman for Reuters said the agency stands by its coverage.

"We are concerned by the Algerian authorities' treatment of Reuters journalist Tarek Amara and are seeking further information on the matter," said the spokesman. "Tarek's reporting on the protests in Algiers was fair and balanced."

In a statement issued on Friday, the National Security Directorate also said it "denies what has been circulated especially regarding figures in the media, national or foreign, about the number of participants in marches which the capital Algiers witnessed on Friday March 29.” ■