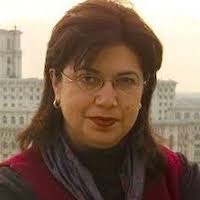 The union that represents Reuters journalists in the United States is turning up the heat on a senior editor who has been the subject of repeated allegations by staff.

Over the past several months, Reuters editorial employees have raised numerous concerns to management about the handling of complaints against general news editor Dina Kyriakidou Contini (photo), it said.

Staff concerns have been serious enough for NewsGuild of New York, which represents 375 employees at Reuters, to issue two internal statements specifically criticising her behaviour, “saying she has bullied subordinates and made inappropriate comments about her subordinates to other lower-level staff”.

The union said company management as a whole has failed to respond to multiple complaints.

“The lack of transparency and disingenuous behavior of Reuters management is unacceptable,” Grant Glickson, NewsGuild president, said in a statement. “We would have expected much better from Reuters. Once again our members have been patient in addressing this issue and yet they have been met by silence and inaction.”

The Daily Beast said frustration with Reuters management has slowly escalated since last year, and began to boil over after Kyriakidou Contini allegedly pushed to get correspondent Jonathan Allen fired. When staff learned that she was trying to oust him, 15 of his colleagues signed a letter to Reuters Americas editor Tiffany Wu supporting him and raising concerns that he was being “singled out for undeserved discipline”.

“Your harsh, unnecessary and repeated discipline of our colleague... leaves us baffled and disturbed,” the letter said. “We wonder who will be targeted next. We also worry that your disciplinary actions against Jonathan are contributing to low morale and a pervasive feeling of insecurity that could ultimately hurt our file. Colleagues from elsewhere in the newsroom, as well as Guild officers, have reached out to share similar concerns about Jonathan’s treatment.”

Staffers who spoke to The Daily Beast on condition of anonymity said they signed the letter because they believed Kyriakidou Contini was causing tension in the New York newsroom.

Employees have also been upset about claims that she allegedly spoke in a disparaging manner about other staffers behind their backs. Several Reuters employees also told The Daily Beast that Kyriakidou Contini gossiped about subordinates’ love lives, and multiple employees allegedly witnessed her question out loud in the newsroom whether one staffer was mentally ill.

Others alleged that she has not sufficiently respected the editorial staff - allegedly tasking a full-time, experienced reporter with secretarial duties, including booking and managing her travel arrangements.

Some also alleged that she used inappropriate language when discussing male employees, calling several men in the office “sexy,” and making one feel uncomfortable by giving an unwanted back rub.

Two staffers with direct knowledge told The Daily Beast that in at least one conversation with a subordinate, Kyriakidou Contini disclosed private details of disciplinary action against Allen.

Allen ultimately was not fired, but newsroom staff still felt that other instances of Kyriakidou Contini’s alleged misconduct have gone unaddressed.

A Reuters spokesperson declined to comment on specific complaints about Kyriakidou Contini or management, but said the company took inappropriate behaviour seriously.

“As a matter of policy, we cannot comment on individual personnel matters," the spokesperson said. "Reuters is committed to providing a safe and respectful work environment and does not tolerate inappropriate workplace conduct of any kind.”

Kyriakidou Contini became US general news editor in December 2015. She was previously bureau chief in San Francisco and Athens. ■