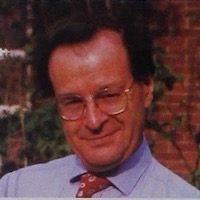 Andrew Waller (photo), who has died at the age of 80 after a stroke, was a Reuters journalist for nearly 20 years who later held editorial and corporate managerial roles.

He joined Reuters in 1961 from Oxford as a graduate trainee. A classics scholar who had learned Russian during national service with the British Army in West Germany and Berlin, Waller had a facility for languages - he also spoke French, German, some Polish and Spanish - and told Reuters he had “an ability to learn them quickly”.

Walton (Tony) Cole, head of Reuters, judged him to have “both the character and qualifications that appeal to us”.

Waller became a trainee at £650 a year, with the promise he would rise to the National Union of Journalists’ minimum rate of £1,118 after three years.

He worked initially on the Eastern Desk in London, where the editor John Camsell reported that after six months he “is dependable and accurate within the limits of his experience. He has a pleasing personality, is well-disciplined and sober…”

Reuters made use of his Russian by sending him on his first foreign posting to Moscow to work with chief correspondent Peter Johnson and then Johnson's successor Sidney Weiland.

The following year came an assignment as chief correspondent, Cairo and then Beirut - wracked by civil war - where it was noted “His performance under fire must have been an impressive example to other staff, expatriate or local, to imitate.”

During his years in the Middle East his facility for languages had enabled him to acquire some Arabic.

After a brief assignment to Amman as regional correspondent, in 1977 Waller became chief correspondent in Brussels. He left Reuters in 1980 to gain experience elsewhere, including the International Institute of Communications, in technologies for information management and delivery.

When he rejoined Reuters in 1987 his job as deputy editorial operations manager brought him into contact with a new generation of the Coyote editing terminal, the standard tool of many Reuter journalists. Other head office posts included manager of the Company Information Database, editor of the Daily Briefing, and corporate publications manager. He retired in 2000 as director of Reuters corporate web office.

Waller died in hospital on 2 February, one month after suffering a stroke. ■