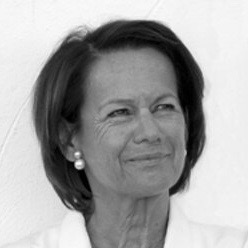 Monique Villa (photo) is stepping down as chief executive of the Thomson Reuters Foundation.

“My 11 years at the Foundation have been a story of growth and it has been my best job ever, finding ways to give a voice to the voiceless, to make a real impact in spreading the rule of law worldwide and fostering quality journalism around the world,” she said in a statement. “The way all our programmes work together has maximised our impact.

“I have also built a first-class team that I will greatly miss, but I am so proud that Antonio Zappulla will succeed me, pushing further all our work. He has a strong personality, is driven by purpose and I have no doubt he will be a complete success.”

A statement issued by the Foundation said that under Villa’s leadership it has been transformed into “a global human rights organisation and a thought leader in the fields of anti-slavery, women’s rights and land and property rights. Since taking over the Foundation in 2008, she has launched a number of programmes to trigger change and empower people all over the world”.

Zapulla joined the Foundation six years ago from Bloomberg Television where he was executive producer of a series of award-winning news documentaries. He said: “I am thrilled and excited. The Thomson Reuters Foundation is an incredible organisation that has achieved tremendous impact in the past decade under Monique’s leadership. I am keen to preserve the great legacy of her work whilst also ensuring that we continue to innovate and grow, enlisting new partners and seizing strategic opportunities along the way. I look forward to driving the next stage of the Foundation’s evolution, and its focus on human rights.”

Smith said: “Monique’s stellar leadership, flair, passion and focus have transformed the Thomson Reuters Foundation into a world-renowned human rights organisation. She has created so much impact that has left a lasting legacy. Whilst she will be very much missed, there is no better-placed successor than Antonio Zappulla, whose drive, commitment and creative mind have been demonstrated as COO. I look forward to the next exciting phase for the Foundation, and to seeing the success of its ever-expanding work.”

David Binet, CEO of the Thomson family’s investment company Woodbridge and chairman of the Foundation, said: “Monique has led the Foundation with bold instincts and a fearless determination, aiming high and consistently prioritising action: no challenge has been too great, no border too far, and her achievements reflect her courage, passion and determination. In Antonio, we have a dynamic, young, yet experienced leader who can build on her great work whilst forging new paths for the Foundation.” ■