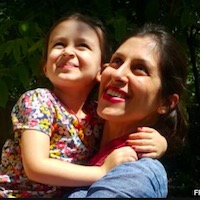 The mayor of London has added his voice to calls for the release of jailed Thomson Reuters Foundation manager Nazanin Zaghari-Ratcliffe.

Sadiq Khan Khan met her husband Richard and offered his support in urging the Iranian authorities to release her in time for Christmas.

Zaghari-Ratcliffe, who turns 40 on Wednesday, was jailed for five years in 2016 after being convicted of spying, which she denies.

Khan said: "Nazanin has been wrongly detained in an Iranian prison for over two years. She has done nothing wrong, has broken no laws. The charges against her are completely false.

"We - and indeed the whole country - know what a travesty of justice it is that Nazanin continues to be detained.

"With Christmas approaching, we are calling on the Iranian authorities to release her at once so she can return home and be reunited with her family."

Zaghari-Ratcliffe was arrested at Tehran airport in April 2016 after visiting her Iranian parents. She has always maintained the visit was to introduce her daughter Gabriella (photo) to her family. ■