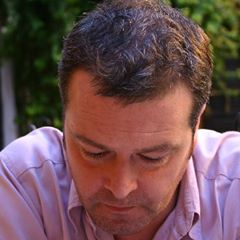 David McIlfatrick (photo), for many years a key member of the technology team supporting Reuters News, died on Sunday at the age of 51 following a chest infection. He had been incapacitated for nearly five years by a devastating brain haemorrhage.

He will be remembered by many editorial team members who valued his knowledge and keen interest in the company’s journalistic values, Bill Pinfold writes.

Originally from Enniskillen in Northern Ireland, McIlfatrick joined Reuters in 1987 as a technical management graduate trainee having studied computer science at King’s College. A year later he moved into the news technology group.

When the News 2000 project developed the use of tags and codes to enable smart software to accurately categorise and route news stories into product packages for specific sections of the customer base, McIlfatrick evolved into the key expert on the way the algorithms worked. He became the go-to person for any queries or discussions about ensuring that paying customers received the right news content at the right time.

In the new century, as downsizing affected the company, McIlfatrick was effectively trapped in the role of code expert, with few others having the deep understanding he had developed. There were several attempts to replace editorial systems as they became outdated but most were abandoned and the old algorithms persisted. It was only with the advent of the Lynx system that the support model could be made more efficient, and McIlfatrick played a key part in arranging the new segmentation model during 2009/10 that would ultimately enable his release. I had the dubious honour, an hour after my own redundancy meeting, of advising him of his job closure in 2011. We both realised this was actually a good thing and so went for a drink to celebrate.

McIlfatrick was very interested in the tales of Fleet Street, enjoying conversations with John Entwisle, the company archivist, about Reuters history and taking pride that he knew the right way to fold a printer’s newspaper hat. Outside of work, music was important to him and having revelled in punk culture as a youngster it was the more structured form of a mass choir that he took to in later years.

McIlfatrick married his partner Mark Horne, an asset management researcher, whilst still working at Reuters. In 2012, not long after they returned from a trip to South America, he suffered a devastating brain haemorrhage which deprived him of speech and movement. His partner cared for him for the past five years with the support of friends and family. ■