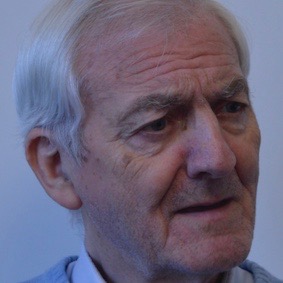 Bob (Robert) Taylor was an extraordinary man who during his 77 years was prodigiously generous to his family, to his friends, and to his work.

He was gifted with an enviable range of skills and interests, a profound understanding of European affairs and an enormous talent for living.

It would only be a partial account, but any picture of Taylor must mention a first rate journalist who was for many years a leading light of the massed media in Brussels, a superb linguist (French, German, Dutch) which made him a much sought-after broadcaster, a highly professional consultant, a proud Scot and devoted father to his four children. His death on Monday, after a lengthy illness of stroke and heart disease, leaves a void in the lives of many in Brussels.

Voluble and expressive, Taylor was irredeemably didactic and could have been a university professor in another life. He was tremendous value over a drink, lucidly explaining the finer points of political backstabbing in the Commission, the intricacies of Belgian politics or the follies of British policy on Europe. He was aghast at Brexit. His speech was frequently peppered with the four letter expletive that later made Billy Connolly famous. Aberdeen did it just as amusingly as Glasgow.

He remained very proud of his 12 years with Reuters from 1967 to 1979 which included business and financial reporting from Berne, before he became bureau chief for the “family agency” (as he liked to call it) in Brussels. There, he acquired a voluminous understanding of how the European institutions worked and a close-up view of British accession and early years of membership. Quietly, Taylor built up and sustained a rich network of contacts that gave depth to his work for The Economist during the 18 years he was one of their correspondents in Brussels.

Because he was a man of transparent honesty and integrity, he succeeded in keeping his journalism separate from his life as a consultant at the top of his own company, European Research Associates. He always set very high standards for himself and his colleagues in serving public and private clients. During the 1990s, he was much valued as a specialist project manager in telecoms and broadcasting for the EU, the World Bank and the EBRD.

Taylor was a ready source of help and advice to journalists newly arrived in Brussels. He knew a lot and his writings went far beyond journalism to include three books on European themes and numerous studies and reports for think tanks and the European institutions. Over the years, he also co-authored with Dick Leonard, a former colleague at The Economist, two editions of the Routledge Guide to the European Union.

Taylor leaves his partner, Helen Peers, and a son, Andrew, and daughters Caroline, Fiona, and Geraldine.

The funeral will be on Saturday 17 June at 1015 at the Crematorium Intercommunal de Bruxelles, avenue de Silence 61, 1180 Brussels. ■