Thomson Reuters: 'We stand by our Egypt story' 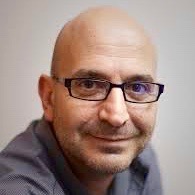 Thomson Reuters stands by the Reuters story about an Italian student who was tortured and murdered in Cairo after being detained by police on the night he disappeared.

Bureau chief Michael Georgy (photo) is reported to have been questioned by Egyptian authorities about the report.​

“We stand by the story published on 21 April, 2016 regarding the detention of an Italian student, Giulio Regeni,” David Crundwell, a senior vice-president at Thomson Reuters, said. “The story did not state who is responsible for his death, and is consistent with Reuters’ commitment to accurate and independent journalism.

“We cannot verify whether a complaint has been filed against Reuters regarding the story, as we have not received notice of any legal action.”

The reported questioning of Georgy by police and prosecutors following publication of the story has been strongly criticised by press freedom groups.

Egypt has staunchly denied the Regeni report, and President Abdel Fatah al-Sisi has previously said “lies and allegations” in the press and on social media about the researcher’s death were putting the country at risk.

On Thursday Reuters revealed that six police and intelligence sources had said the young Italian doctoral student was “detained by police and then transferred to a compound run by homeland security the day he vanished”.

The Egyptian government has furiously rejected claims that the security services may have been involved in his death.

Reports surfaced on Friday that the head of Azbakiya police station, where Reuters reported that Regeni was initially taken, had filed a police report against Reuters, naming Georgy. The report accused Reuters of publishing “false news aimed at disturbing public order” and “spreading rumours to harm Egypt’s reputation”.

The Egyptian interior ministry, which manages the police, said the Reuters report was “unfounded”. It condemned Reuters’ use of anonymous sources to substantiate its report, and said the ministry “reserves the right to take legal action against promoters of these rumours and false news”.

Ahmed Hanafy, the chief public prosecutor of Qasr el-Nil police station in Cairo, where the complaint was filed, said: “So far, the prosecution did not charge Reuters with anything. We are just gathering information about the case according to the claim made by the officer from Azbakiya.”

He said no one from Reuters had been summoned for questioning. Georgy, a US citizen, could face up to a year in prison and a fine of up to 20,000 Egyptian pounds (£1,600) if the case goes to court and he is convicted.

The investigation into Reuters follows the conviction of three journalists from broadcaster al-Jazeera, who were also accused of publishing “false news”.

HA Hellyer, of the London-based Royal United Services Institute, said the possibility that the Egyptian government could consider another high-profile attack on the foreign press was a concern. “They will be rather cautious about inviting that sort of hassle - but that’s not to say they can’t find other ways to make things difficult for Reuters to operate,” he said.

“There are other options: the ministry can launch a case against Reuters as a company,” he added.

“I think that would be something they would not entertain, as it would cause a huge amount of hassle not just for the ministry of the interior but for the Egyptian state with three countries that they’re keen to maintain good relations with,” he said.

British Foreign Office spokespeople declined to comment on the possibility of legal action against Reuters. “We are very concerned by reports that Mr Regeni had been subjected to torture,” they said. “We have raised his case with the Egyptian authorities in both London and Cairo and underlined the need for a full and transparent investigation. We remain in contact with both the Italian and Egyptian authorities.” ■