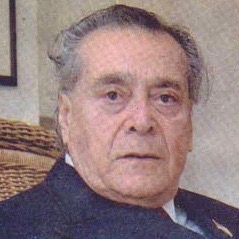 Mohsin Ali (photo), Reuters' diplomatic correspondent and editor until he retired in 1980, died on Wednesday. He was 92.

He had been in hospital and was in a rehabilitation facility at Penick Village, North Carolina where he and his wife Dolores lived.

Born in Dehradun in 1923, Ali was descended from a line of Indian nobility in Aligarh state, north of New Delhi, where his great great grandfather Sir Syed Ahmed Khan founded Aligarh University. His grandfather was the Nawab Mohammed Ali and his grand uncle Sir Ross Masood, a leading educationist to whom E M Forster dedicated his classic novel A Passage to India.

Educated at the Doon School which was based on Harrow by families and teachers from England who wanted to spare their children from the dangers of war-time Europe, Ali was recruited into the Indian Air Force at the age of 18 and trained as a fighter pilot at the Empire Flying School near Ottawa, Canada with 23 other officer cadets. He was assigned to a Hurricane fighter squadron with which he saw action during the Second World War and ended the war as a flight lieutenant on the Burma front. Such was the rate of attrition that only three of his fellow flying school cadets survived.

Years later, he recalled his air force years “when we in the 'magnificent flying machines' did the most silly and stupid of things” and said “Pray, how did we come out alive? The Lord had mercy on us.”

Ali joined Reuters in 1948 and, as diplomatic correspondent and later diplomatic editor, covered most of the big East-West conferences and summits; the Korea, Cambodia, Laos and Vietnam peace talks; disarmament, nuclear test ban and non-proliferation negotiations, meetings of NATO foreign and defence ministers, Commonwealth conferences and the UN General Assembly. It was an era of enormous social and economic change. New terms like "Cold War" and "Iron Curtain" described an escalating confrontation between the Soviet Union and the West.

Ali was renowned among colleagues for being able to produce from his pocket a copy of diplomatic communiqués before their official release.

In Geneva in 1961, he met Dolores Gregory, an American chemist then working for the World Health Organization. They married in 1980.

On his retirement he was made an Officer of the Most Excellent Order of the British Empire (OBE) for services to international journalism.

Former British prime minister James Callaghan, wrote to him: "When I think of Reuters, I think of Mohsin Ali and I feel sad that in a week or two this will no longer be true… This, together with your many kindnesses to me and my staff, has made your name synonymous with the reputation of that great agency for which you have worked so faithfully."

After retirement Ali moved to the United States where he became a US citizen. He wrote from Washington for The Times, appeared on television programmes about world affairs and gave lectures about diplomacy and his long career reporting on international statesmen.

He described Chou En-lai, China's prime minister and foreign minister, and Charles de Gaulle, French president, as the two most incorruptible and principled leaders that he came across.

“As a young man Chou, from a well to do mandarin family, studied in Paris and spoke French and English quite well. While there he became a member of the French communist party. The other famous one who also studied in France was Ho Chi Minh. How the world has changed,” he said.

Ali told one American audience: “An old journalist like myself should hesitate before criticising the present media generation. However, one cannot escape the suspicion that many now join the profession for the ultimate glamour of becoming TV stars, unlike predecessors who joined what was previously one of the less sought-after and prestigious of professions.

He said he was “ever thankful that Reuters in London demanded that we follow Schopenhauer’s principle of Objectivity: Unhinge the self until you feel no fear or hate.”

The original version of this article stated erroneously that Ali was educated at Harrow School and recruited to the Royal Air Force. ■