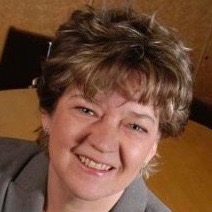 Reuters announced the appointment of a new global head of product for Reuters News Agency.

She is Sue Brooks (photo) who will be responsible for the full portfolio of Reuters products, including driving the organisation’s product strategy “and ongoing evolution of Reuters offerings”. She will be based in London.

Brooks joins from the Associated Press where she has worked for 14 years, most recently as director, international products and platforms. Prior to AP, she held various editorial positions in newspapers, radio and TV newsrooms in the UK, including editing ITN's flagship News at 10.

“Sue is an accomplished media professional with a deep understanding of the business from every angle,” said Claudia Palmer, interim head of Reuters News Agency and Reuters chief financial officer. “We’re thrilled to have her join the team and apply her impressive expertise as we innovate with our customers to help them grow revenues within a rapidly-changing media market.”

The job has been vacant since February when Jason Fox left Reuters. ■