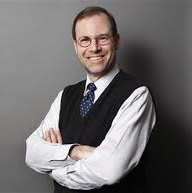 Reuters pledged to protect the confidentiality of its sources and continue to report on the US government and its agencies vigorously.

"It's the job of journalists to report vigorously on the workings of government, and to provide readers with news that some may prefer to keep secret,” editor-in-chief Stephen Adler (photo) said. “It is in that spirit that Reuters covers the SEC and other agencies of the US government, and we plan to continue to do so while protecting the confidentiality of our sources.”

He spoke after disclosure that a US Securities and Exchange Commission watchdog conducted an extensive, months-long investigation to find out who had leaked information that appeared in two Reuters stories. The SEC's Office of Inspector General (OIG) was unable to identify the sources, according to a report of the probe seen by Reuters.

The inspector general started the investigation after Reuters published information about the regulator's decision, taken in a closed-door meeting on 12 September 2013, to settle its probe into JPMorgan Chase & Co’s massive London Whale trading loss.

The investigation began after Reuters reported on 17 September that the regulator had approved its portion of a $700 million (£414.62 million) civil settlement with JPMorgan in a split vote. The story also said that two of the five commissioners had recused themselves from the decision.

The SEC made its decision public on 19 September. About a week later, Reuters reported further non-public details about why one of the commissioners had voted against the settlement.

In its report, dated 5 March, the watchdog said it interviewed as many as 53 SEC employees, including its chairman, commissioners and other top officials, during the investigation. The inspector general also obtained building access logs for September and October to find out when four Reuters reporters had visited the agency's headquarters. The OIG sought to interview the reporters involved in the two stories, but they declined its request. An OIG official said its inspectors do not consider issues of press freedom when carrying out their investigations.

Reuters said the investigation was the latest example of the Obama administration's aggressive moves to try to plug leaks of non-public information to the media. Last year, the Justice Department was criticised for examining reporter e-mails and phone records without first notifying the press organisations. ■