Reuters role in a sensitive visit 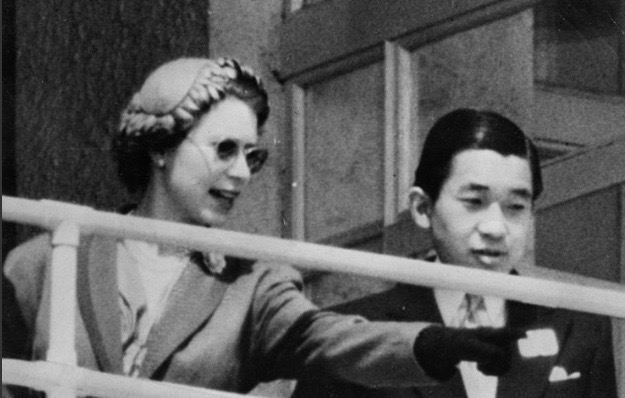 Next week, the 30 years and four months of Japan’s Heisei era will come to an end, initiating the new Reiwa era, which will commence following the abdication of Emperor Akihito.

As the 85-year-old emperor looks back on his life, one of the most unforgettable memories is likely to be his visit, more than half a century ago, to Great Britain. In 1953, then Crown Prince Akihito, representing his father Emperor Hirohito, visited London to attend the coronation of Queen Elizabeth.

It was the first overseas journey by Japan’s young prince, and working behind the scenes to provide assistance was the Reuters news agency.

Immediately after the end of the Second World War, a strong anti-Japan sentiment lingered in the UK due to the mistreatment of British prisoners of war by the Japanese military. Some British newspapers adopted a negative tone concerning the Crown Prince's upcoming visit, and concerned, the Japanese government approached the general manager of Reuters, Christopher Chancellor (1904-1989), for advice.

While in the process of researching declassified documents in the Japanese Foreign Ministry, I found an exchange of cables between envoy Koichiro Asakai at the Japanese embassy in London and the ministry in Tokyo. On 21 January 1953, Asakai had written, "My main worry is handling the media as reporters and photographers converge like clouds." As a proactive measure, Asakai wrote, "It's possible to avoid trouble to some extent, through making their contacts closer. I’ll meet Sir Christopher Chancellor of Reuters at the right time and ask him what good wisdom he has.”

Chancellor, who had been educated at Eton and Cambridge University, had been employed as a trainee by Reuters editorial department. In the early 1930s he took over as general manager for the Far East in Shanghai. At the time Shanghai was a cosmopolitan city where diplomats, businessmen and spies intermingled, and Chancellor soon became a leading figure within Shanghai's social elite. In "The Power of News: The History of Reuters" (1992), author Donald Read wrote:

Although not himself a journalist, Chancellor soon showed that he could control journalists. He ran the organisation efficiently, while at the same time representing Reuters to the outside world with polish and tact. His diplomatic skills were more than ever needed after the Japanese invasion of China in 1937. The Japanese respected him not the less because they were certain that he was working for British intelligence as well as for Reuters.

From 1944 to 1959, Chancellor served as general manager of Reuters. It’s uncertain what advice he had given to the Japanese government concerning the Crown Prince’s visit, and how effective the advice turned out.

Nevertheless the Crown Prince’s visit turned out to be a successful one, and according to Reuters’ archivist, records indicate that during his stay in Britain, Akihito paid a visit to Chancellor in Dane End, Hertfordshire. Although the two reportedly posed together for a commemorative photograph, the photo is missing from the company archives.

PHOTO: Crown Prince Akihito with Queen Elizabeth during his visit to London in 1953.

Eiichiro Tokumoto, former Reuters correspondent, is an author and investigative journalist in Tokyo. ■