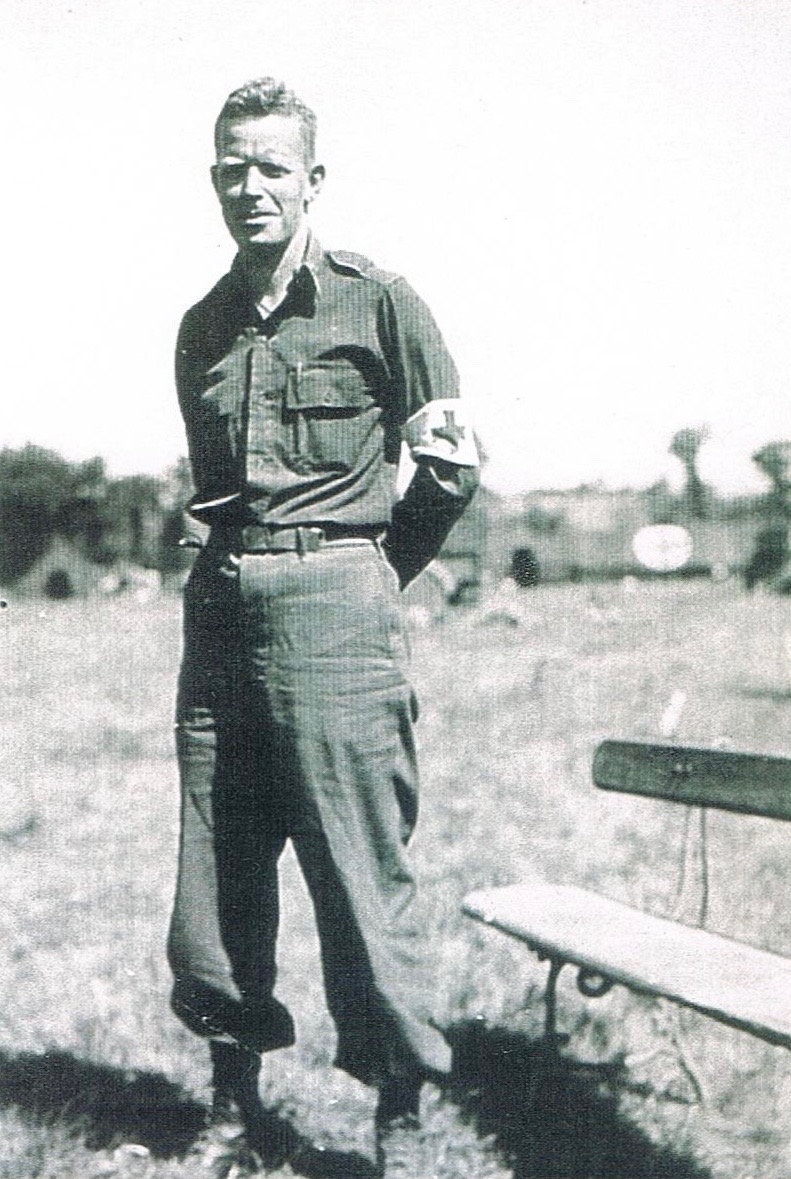 Seventy-five years ago today, tens of thousands of American, British, Canadian, Polish and Norwegian troops hurled themselves onto five bullet-and-shrapnel-swept Normandy beaches code-named UTAH, OMAHA, SWORD, JUNO and GOLD. Thus began the liberation of Europe from the murderous grip of Hitler’s Germany. Because of a family connection and my professional history, I've long been fascinated with the events of 6 June 1944.

The family connection was Captain John Cotter (photo), an uncle by marriage who landed on Omaha Beach in the first hour of D-Day. For what the US Army deemed "extraordinary heroism" in what was truly hell on earth, he earned the Distinguished Service Cross, an award for bravery second only to the Medal of Honor. That in itself was remarkable. What was more remarkable was he was a doctor, a non-combatant. Rarely do non-trigger pullers get such a decoration.

My uncle survived World War Two, but seldom talked about it. He died at age 51, probably a delayed-action casualty. In 2012, his youngest son Bob and I retraced his footsteps from Omaha Beach to the French town of St-Lo, where allied forces broke out of Normandy and began a race to the Elbe. It was a powerful, deeply moving experience.

My professional association with the landings in northwestern France began in 1969 when as a young reporter I was assigned to identify and profile any congressional veterans of D-Day for a 25th anniversary story. There were only two: Florida Congressman Sam Gibbons (no relation), who parachuted into Normandy with the 101st Airborne Division, and Michigan Senator Philip Hart, who went ashore at Utah Beach with the 4th Infantry Division.

In 1984, I visited Normandy - as a newsman travelling with President Ronald Reagan to the D-Day 40th anniversary commemoration. I remember it as the most memorable of the hundreds of presidential trips I made as a member of the White House Press Corps.

At Pointe du Hoc, where US Army Rangers routed German troops manning a strategic gun emplacement after scaling a 100-foot cliff under withering fire, Reagan gave a speech that sounded straight out of Shakespeare. (It was: columnist Peggy Noonan, then a White House speechwriter, used the St Crispin’s Day exhortation in Shakespeare’s Henry V as a model for the speech).

As the greying, ageing veterans of one of the most legendary commando operations in history sat on either side of him, Reagan uttered some of the most memorable words of his presidency.

I still get goose-bumps recalling the scene.

We anchored at nightfall on 5 June about a mile off the coast of France, and I watched from a carrier catwalk as the lights of tiny Norman villages blossomed in the growing darkness. The next day dawned grey and windy, much like D-Day itself.  Adding to the similarity, a destroyer alongside George Washington fired a 21-gun salute to begin the ceremonies.

I vowed that day to return to Normandy on my own, to walk the beaches and see the hedgerow country where weeks of intense fighting occurred as allied forces struggled to expand their foothold in Europe. I got that chance in 2012 when my cousin Bob and I, together with his wife Alisa and my late wife Lynn, did our best to reconstruct Captain Cotter’s journey.

With the help of French guide Christophe Rault, we established that my uncle probably landed on the Dog Green sector of Omaha Beach, one of the nastiest places to be on bloody Omaha. Some of the German bunkers and machine gun nests that covered that area are still there, with their gaping gun-ports that spat death and devastation at US troops wading ashore.

The 116th Infantry Regiment of which my uncle was part and other elements of the 29th Infantry Division suffered 20,400 casualties before World War Two ended. It was eerie to travel the narrow Normandy roads my uncle travelled nearly seven decades before. Many of the ancient stone farm buildings and sheds that flank the roads still show the tell-tale scars of fire fights.

In St-Lo, a strategic crossroads levelled during the fighting in 1944, we found a memorial chapel dedicated to its American liberators. Jean Mignon, an 82-year-old Saint-Lo resident instrumental in creating the memorial, told us a US Army doctor had saved his younger brother’s life.

Mignon said his brother was born in the summer of 1944 with a potentially fatal birth defect. He recalled that an American doctor whose name he didn’t remember treated the boy. “Don’t worry - I know what I’m doing. I’m a childrens’ doctor in civilian life,” Mignon said the doctor told his parents.

That doctor might well have been Captain Cotter. He was in or near St-Lo.

His specialty was paediatrics. ■