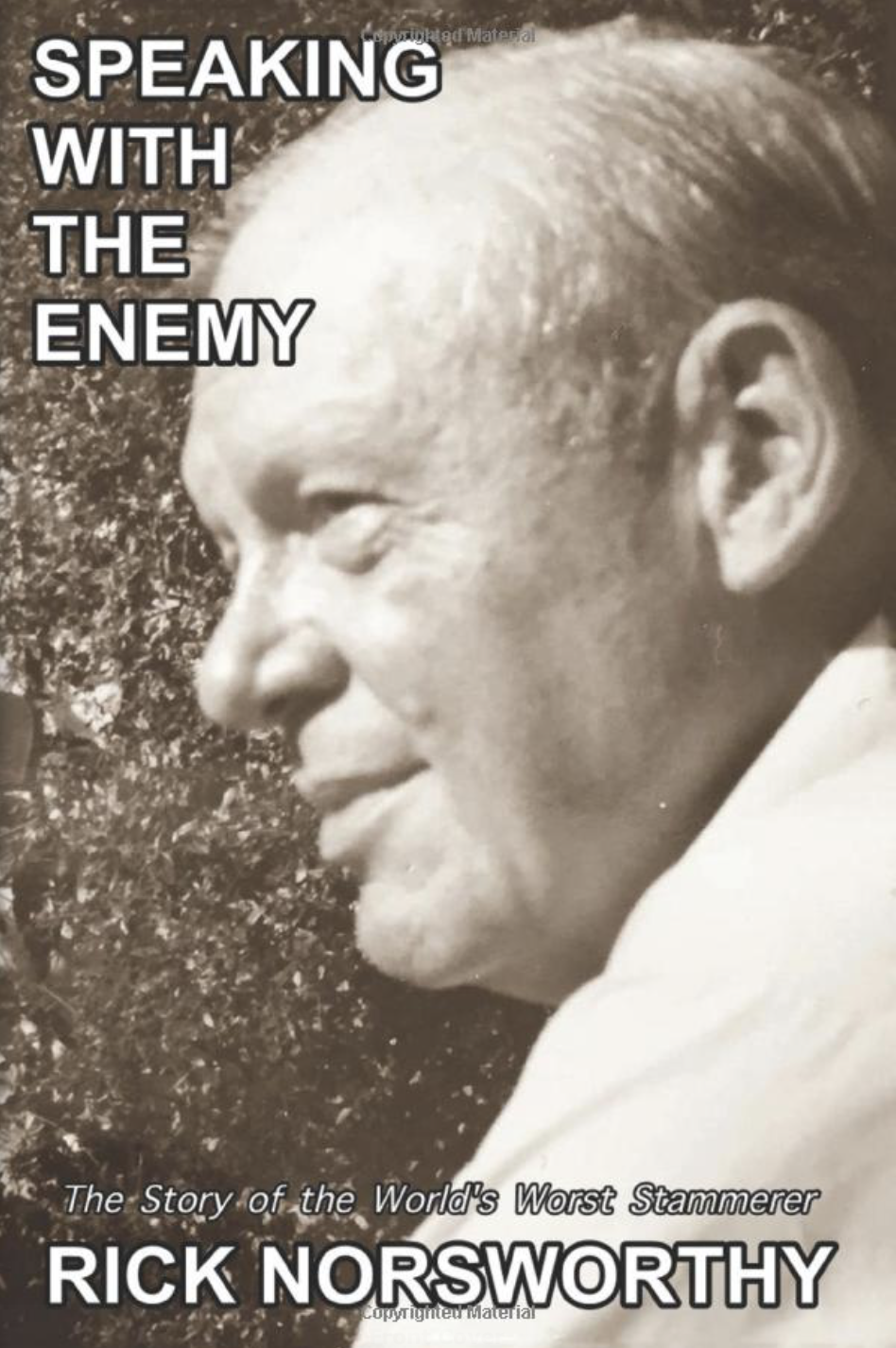 Rick Norsworthy was haunted as “the world’s worst stammerer”, a label given him at a young age. Although his impediment was severe, it was one that endeared him to hundreds of editorial colleagues at Reuters, however.

Norsworthy started writing Speaking With The Enemy: The Story Of The World's Worst Stammerer in the 1980s but died in December 2019, aged 87, before it could be published.

That task has been taken up by his son Adam who writes in a foreword that although his father’s stammer led to many anxious situations for the family one of the better moments was watching him give his retirement speech at Reuters.

He was terrified, but had been well prepared by some recent revelatory speech therapy, Adam writes.

“Having just been given a state-of-the-art video recorder (the retirement kitty, I might proudly add, being the most they had ever raised for an employee up to that point) he took the microphone and steadied himself to speak. Naturally everyone there knew of dad’s stammer, but you could still feel a tension in the air, and could sense that everyone was hoping this wouldn’t be one of those awkward moments that shouldn’t be mentioned in years ago come. Everyone was certainly rooting for dad, but we all knew it could go badly.

“He launched into his speech a bit hesitantly, but soon cracked one of his bone-dry jokes and people started to feel the pressure releasing. The laughter must have relaxed dad too as soon he was speaking fairly comfortably. Of course there was still the odd stammer and pause, but the painful gurning, the terrible spluttering and stuttering, the long awful silences that we had all experienced from the man with the ‘world’s worst stammer’ were absent. He must have spoken for at least five minutes, with a freedom of expression we hadn’t ever heard before. And on his big night too. It was a huge relief for us all and there was even a sense of joy in the air. I think in the car on the way home he must have felt like a million dollars.”

Speaking With The Enemy: The Story Of The World's Worst Stammerer ■