Nick White: How Reuters changed the world of telecommunications 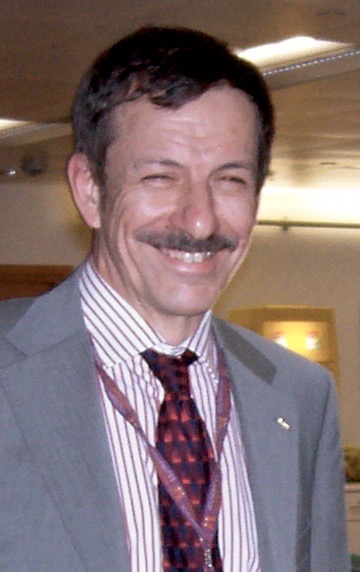 Former senior technical manager Nick White (photo) entertained the Reuter Society on Tuesday with anecdotes from a life in telecommunications, a decade at Reuters and 45 years in total in the arcane world of transmission technology.

The latter included stints heading the technology and telecommunications divisions at Midland Bank and Unilever. In retirement, he still has a consulting role in the International Telecommunications Users Group (INTUG), which Reuters helped found in 1974.

White told how Reuters had always been at the forefront of pushing the boundaries of delivering news and data, from using pigeons to satellites, and had been in the unique position in that it developed, provided and used the services it created.

An early example was the development of monitoring equipment to handle foreign alphabets such as Cyrillic, which gave Reuters a beat when the first Sputnik was launched in October 1957, which in itself ushered in a new era of telecommunications.

White said some of Reuters’ transformations in the field had made history. He explained how this pioneering work helped lay the foundations for the Internet, and the battles with regulatory authorities that had to be fought to be allowed to use the innovations - issues covered more fully in his piece Reuters, the communications revolution and the foundations of the Internet for The Baron on Tuesday 15 September 2015.

Moving to the present day, he said those battles were still being fought over broadband access and speed (in the UK still very slow by international standards), and the vexed question of network neutrality.

Internet expansion, the mobile revolution and machine-to-machine communications, with gadgets of all sorts able to connect with each other, all threw up fresh issues in the telecoms field. The surge in any time, anywhere connected devices was pushing the frontiers ever further and could have great social benefit, in fields such as education, health, transport, if used efficiently.

He closed by advising - and alarming members present - by warning that smart TVs in their homes were already capable of recording comments made by those watching, providing feedback to manufacturers and programme makers, and that video capability was within reach. ■