My Reuters journey - in words and pictures 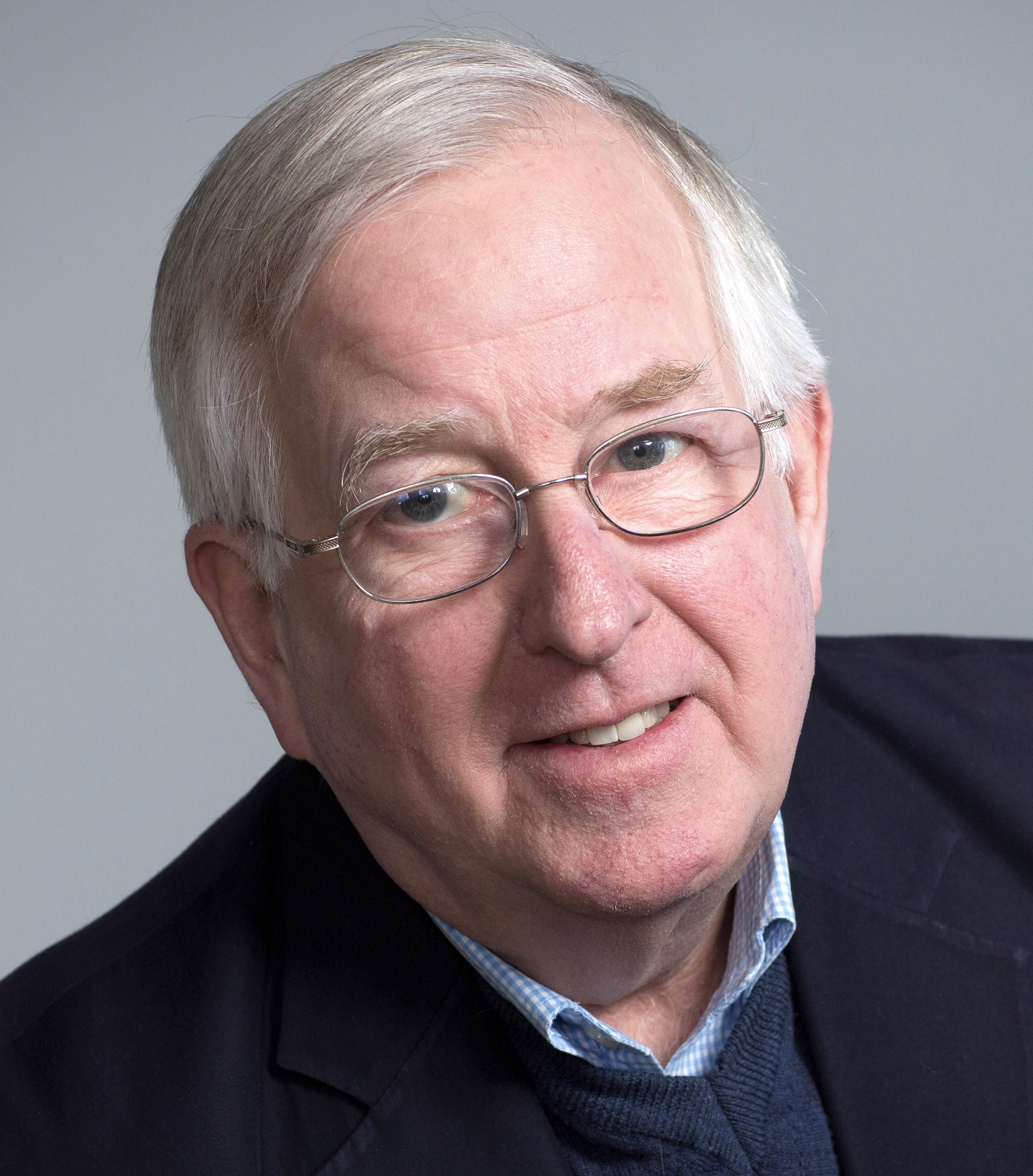 My Reuters journey began in 1984, the year the Apple Macintosh was born. The internet didn't exist. Only important people had car phones. (I was not among them). When Reuters floated its shares that spring, managing director Glen Renfrew told a colleague one of his key objectives was to start a photo service. “We won’t survive as a service of just words and numbers,” he was said to have said at the time.

As luck (or fate) would have it, I met Reuters representatives Peter Holland, Charlie McCarty and Hans Ouwerkerk in the summer of 1984 when Reuters first attempted to partner with Gannett for US photo coverage. At the time, I was well into my third year as USA Today’s founding director of photography. Gannett appointed me as one of two negotiators, alongside Gannett News Service editor Jim Geehan. Naturally, AP got wind of the talks and swiftly torpedoed the negotiation with a “friendly” call from AP Chairman Lou Boccardi to Gannett Chairman Al Neuharth, offering to save Gannett some AP fees if they would make the Reuters talks “disappear”. I was tasked with delivering the bad news to the Reuters team.

A dejected Peter Holland asked, “If you were us, what would you do?”

“Check in with UPI,” I suggested.

“Might want to check in with them again,” I replied, having heard fresh rumours of severe cash shortages at UPI. Six weeks later, Reuters announced it had completed the purchase of UPI’s international pictures operations. In November, Bob Schnitzlein, a veteran UPI International picture editor plucked from the Chicago Sun-Times by McCarty, asked me to become Reuters deputy picture editor Americas. Schnitzlein’s mission was to set up the Reuters Pictures American operations. The new Reuters service was announced with fanfare at a press conference atop a Manhattan skyscraper with press releases, open bar, canapés, and speeches by dignitaries, including Renfrew and New York mayor Ed Koch.

Under the watchful eye of Fred Gray and bureau chief Bruce Russell, Pictures set up shop in Reuters Washington bureau to swap UPI’s US domestic photos with Reuters newly-acquired international coverage. The exchange commenced on 1 January 1985. On that date, all non-US UPI photo employees became Reuters staff. In Washington, Reuters engineers Brian Shafer and Victor Ochelli worked miracles on the connectivity with UPI, which was located several blocks away. At the time, we were processing film and spinning black and white prints on drums. Photos were received by clients on fax machines. We sent about 60 international photos a day to UPI and an equal number of UPI’s US photos to the Reuters London Picture Desk for global distribution. A handful were sent daily by radio beam casts to Latin America from an ITT antenna farm on Long Island, New York. 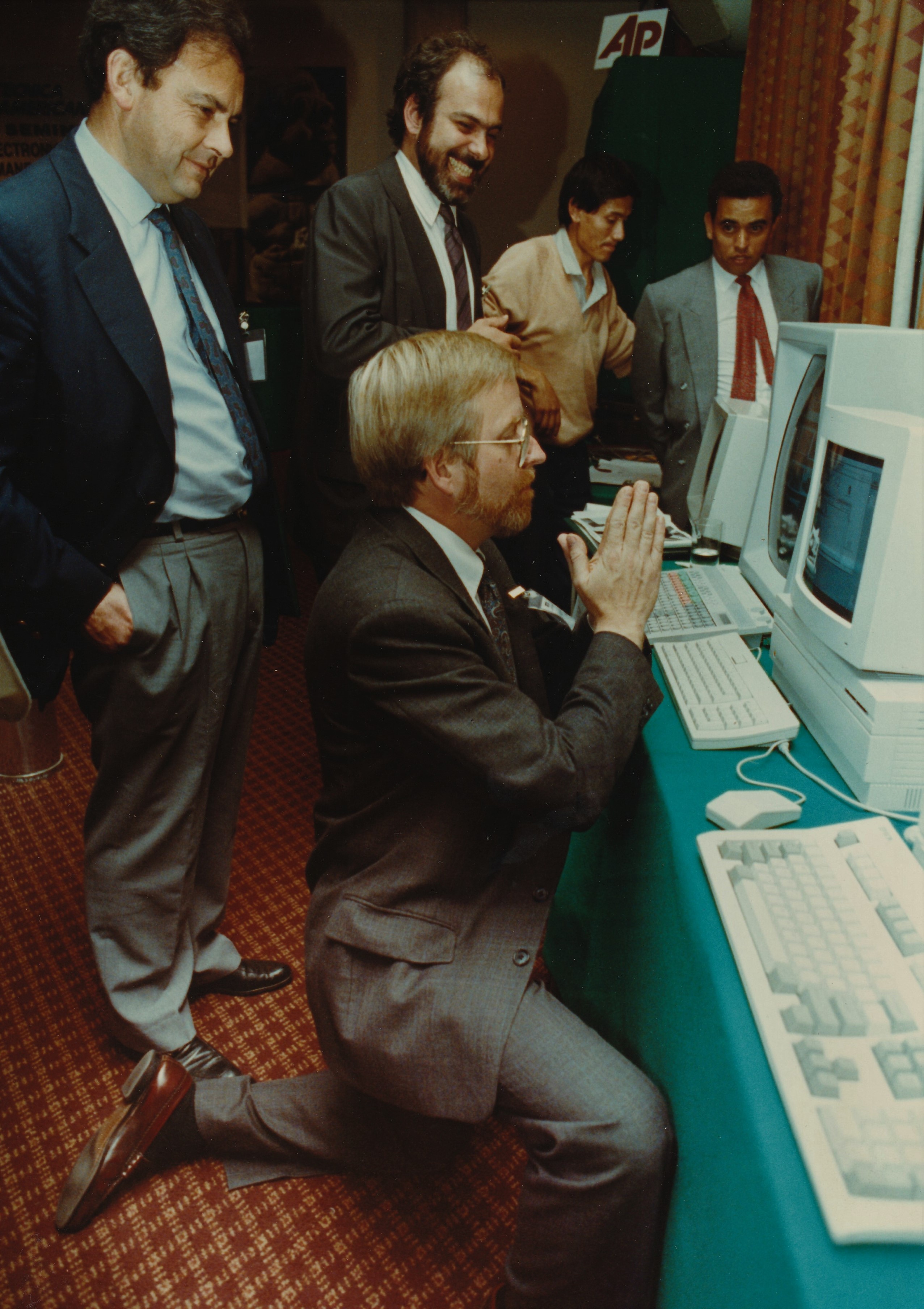 Two days into the partnership, United Press Canada - Reuters sole source of Canadian picture coverage - was closed and sold off by its owners to competitor Canadian Press. Schnitzlein and several Reuters executives rushed to Toronto from New York to secure from CP some UPC fax machines and a few client contracts. While there, Schnitzlein hired UPC’s Gary Hershorn as chief photographer to cobble together some basic Canadian coverage for export. Hershorn went on to establish one of the best teams of professional photojournalists in the entire Reuters system.

Back in Washington, we tried to establish a cordial working relationship with former colleagues at UPI, who, not surprisingly, were resentful of the arrangement.

It was not long before the Reuters sales team was approached by several major newspapers, including The New York Times, Washington Post and LA Times, asking for a direct feed. While prohibiting Reuters from actively selling its photo service in the US, the agreement did permit Reuters to respond to solicitations from UPI clients who wished to receive the full Reuters Pictures service directly rather than a curated UPI version. One minor problem: we had no US domestic distribution system.

In April 1987, under pressure from the big papers, media sales manager John DePrez Jr asked me to transfer to the sales operation to grapple with the growing demand for direct access to Reuters Pictures. Within a year, we had 60 photos a day up on a US domestic satellite feeding Laser photo machines purchased from Harris Corp, the same company that manufactured Laser Photo receivers for AP. With that, Reuters News Pictures began modernising its service in the Western Hemisphere.

In 1986, Reuters replaced the ITT radio beam casts to Latin America with a single satellite feed sending thrice the number of pictures as digitised “TIFF” files to the region. This achievement was notable for two reasons: First, it was the first time ever that news photos were digitised and sent over satellite directly to customers, and second; the delivery of a single satellite footprint to the region required Reuters to take the unprecedented step of negotiating individual agreements with the governments of each country in the region - to allow a continent-wide cross-border satellite footprint into their countries.

In 2000, while attending a newspaper industry convention in Las Vegas, I was cornered in a breakfast booth at the Las Vegas Hilton by two senior Reuters sales managers - Phil Stone (EMEA) and Jim Hohman. (Yes, all three of us were hung over.) Over strong coffee, they convinced me to take over sales for Reuters Television in the Americas. Reuters, who along with the BBC and NBC, had been co-owners of RTV predecessor Visnews (motto: “We don’t take sides, we take pictures”), had taken full control of Visnews in 1994. Like the Reuters-UPI tie-up of the 1980s, Reuters Television in 2000 had a video exchange agreement with NBC.

Thus began a 20-year sojourn into the world of the television, which evolved much the same way as pictures did in the 1990s. At the outset, RTV served a few US broadcasters but was primarily an export agency. It distributed services on a single linear satellite channel using feed schedules with time slots allocated to World, Sports, Entertainment, etc. Scheduled feeds were occasionally pre-empted by a live signal when a news story was considered significant enough for global consumption and we happened to have a camera and satellite uplink or TV partner in proximity.

Today, Reuters Video News is an entirely digital service with six live channels and a 24/7 mix of content with sophisticated metadata for search. More than one million video (and film) clips from the Reuters and Visnews archives dating to 1896 reside in a searchable database, delivered on a revolutionary platform called Reuters Connect. Here, subscribers may access all Reuters text, video (including all six live channels), pictures and graphics content alongside visuals from more than 70 partners. And with the signing last month of CTV in Toronto, Reuters Video News is now subscribed to by every major broadcaster in the Western Hemisphere - for the first time in company history. We have come a long way, no?

Some other moments worth recalling:

When Reuters renovated the Washington bureau in 2016 I was asked to shrink my footprint, which included reducing 13 lateral-file drawers containing decades of historical sales records from Pictures and Television into three file drawers. While culling, I noticed names of many people who had crossed my path and had left the company. Thinking this information was worth preserving, I began a ledger. As of this writing, the list contains 489 names. Mine will be #490.

So. With 36 amazing years behind me, I bid Reuters a fond farewell, leaving in my wake the world’s most highly respected news service and a group of extraordinarily talented and enthusiastic colleagues to carry on. They will not miss a beat. If you need me, I suggest contacting the US east coast marine radio operator. Carrier pigeons might work too.

Mitch Koppelman prays the Reuters News Pictures Terminal (RNPT) won't break down during a demo at a conference in Quito in 1988. In the background, Reuters Buenos Aires-based engineer Mateo Heras. ■