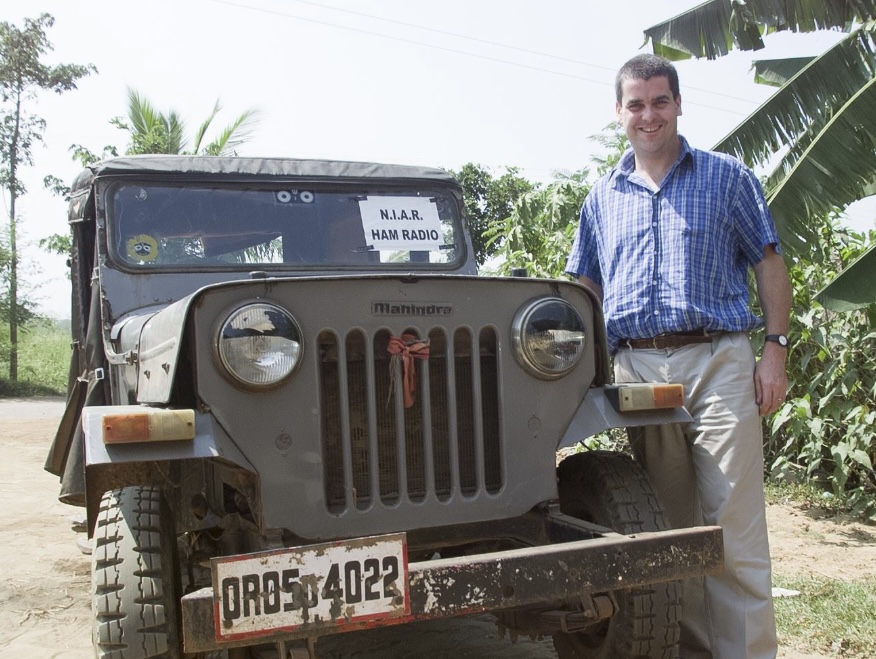 John Chalmers, who joined Reuters on Fleet Street “when telex machines were still a thing and rejecting stories meant impaling printouts on an actual spike”, has stepped down after what he remembers as an extraordinary career over 33 years.

“Over those years I reported from 43 countries stretching from Polynesia to North America, interviewing along the way dozens of world leaders, from the Dalai Lama to Vietnam’s General Giap, Lee Kuan Yew and Viktor Orban,” Chalmers told colleagues in a farewell note at the end of last month.

“I survived RPG fire aimed at a military transport plane landing in Kirkuk, skimmed across the rooftops of Baghdad in a Black Hawk during the Iraq war, slept in a hunting palace that belonged to Saddam Hussein’s son, shared a hot spring in Iceland with the secretary-general of NATO, and reported from India’s Kumbh Mela, the largest gathering of humans on the planet. I have witnessed moments of history, such as Usain Bolt becoming the fastest man in the world just a few metres from my seat in Beijing’s Bird’s Nest stadium, and so many indelible scenes of tragedy: in Algeria after an earthquake, the man who kindly offered me tea while we waited for rescuers to bring the crumpled body of his daughter out from under the rubble of their home; the Rohingya baby with a cleft lip abandoned in a boat at Cox’s Bazar; the mutilated bodies of a group of Pakistani soldiers who had crossed into Indian Kashmir.

“I have a handful of press award certificates on a shelf at home, a small measure of the remarkable success Reuters has had over the past decade with its push into investigative reporting and long-form journalism. The most cherished of those awards is a Pulitzer for the Reuters exposé of a massacre of Rohingya Muslims in Myanmar, for which our colleagues Wa Lone and Kyaw See Oo went to prison. I am so proud of Reuters for its determination to secure their freedom, and its unswerving commitment to supporting both men and their families.”

That spirit of fellowship is one of the enduring strengths of Reuters, Chalmers said. “Thirty years ago, bylines rarely appeared on our stories, they were simple 'Reuters' stories reported and edited by a team of journalists who cared about accuracy, freedom from bias and getting news quickly to our customers more than they did about any glory for themselves. Being part of that culture is one of the things I will miss most.”

PHOTO: John Chalmers in Odisha, India in 2000 covering a story about police stations that, like Julius Reuter 150 years earlier, still used pigeons to send messages to each other (by Pawel Kopczynski) ■