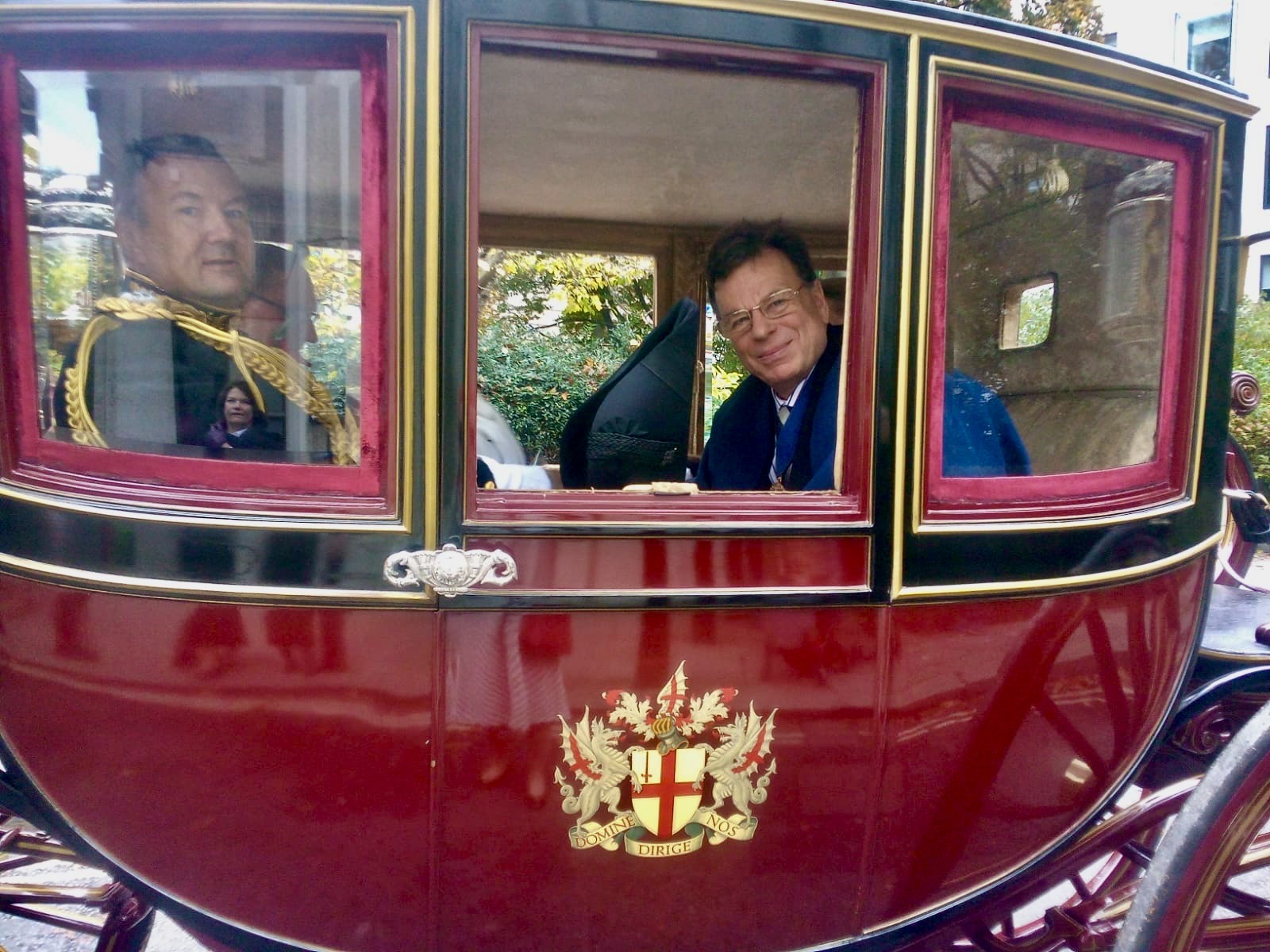 The chief commoner of the City of London Corporation - former Reuters bureau chief Brian Mooney - peers out from a carriage in the annual Lord Mayor’s procession on Saturday.

“It was strange to pass Reuters old head office at 85 Fleet Street on our way to the Law Courts in a horse-drawn carriage,” he said. “I travelled with our police commissioner, our chamberlain (chief financial officer) and the chaplain to the outgoing Lord Mayor.

The chief commoner is elected to represent the Common Council, the City’s legislative body, and defend and uphold its rights and conduct. Mooney’s second year in office runs until next April. ■