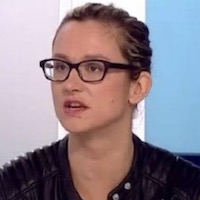 Democratic Republic of Congo expelled a French journalist working for Reuters after her application for accreditation was not approved.

Sonia Rolley (photo) applied in September for accreditation to take up an assignment coordinating Reuters news coverage in Congo. She was granted permission to cover a climate conference in the capital, Kinshasa, in October while she waited for the application to be processed, Reuters reported.

On Tuesday, she received a written summons to present herself to immigration police in Kinshasa, who she said confiscated her passport and put her on a flight to Paris via Addis Ababa. No reason for the decision was provided to Rolley, she said.

A government official sent a WhatsApp message to another journalist working for Reuters saying, "Are you aware of the expulsion of Sonia by the services? She is gone!”

The official, who asked not to be identified because he was not authorised to speak to the media, did not specify the services he was referring to.

"We are offering Sonia Rolley assistance and urgently seeking information from the Congolese authorities," Reuters said in a statement. "Reuters will continue to report from Congo in an independent and impartial way, as we do around the world.” ■