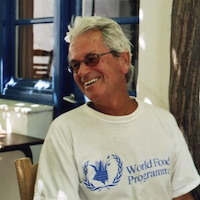 Claude Regin, a former Reuters correspondent in Havana, Lima, Buenos Aires, Abidjan and Geneva, died on 20 February in Paris after a long illness. He was 77.

Régin served with Reuters for a third of a century. He was one of a handful of French journalists who worked on the London French desk and went on to an international career writing in English. He covered, among others, the Falklands war.

François Raitberger writes: He was the fourth member of the historic French desk team to die this year, less than two years after its former editor, François Duriaud.

Regin, who had studied at the French lycée in London, joined Reuters in 1967. He worked initially at 85 Fleet Street before being assigned as bureau chief to Havana in 1973. It was a delicate time as the Cuban economy was reeling from Fidel Castro’s failed challenge to achieve a record 10 million tonnes crop of sugar cane. The communist authorities were prickly and Reuters, the only western English-language news media accredited in Cuba, was under close scrutiny. “My office was stuffed with microphones,” Regin used to recall.

Living conditions were difficult as the US trade embargo starved Cuba of spare parts and consumer goods. The lift to the 11th-floor Reuters flat/office was often out of commission, and the correspondent had to run up and down the stairs in stifling heat, often without the relief of a shower as running water was limited to two hours a day.

“Hospitals, but less freedom”, was how Regin summed up Fidel Castro’s authoritarian rule and social achievements in a 1974 analysis.

He nurtured vivid memories of his time in Cuba, recalling Castro’s fiery speeches against US imperialism on the Plaza de la Revolucion, but also his lengthy private talks with foreign correspondents. He was also nostalgic for Cuba’s “sun-drenched palm tree-lined beaches” as he described them in flowery features.

He went on to Lima as chief correspondent. When not covering politics, he indulged his passions for literature, befriending the noted novelist Manuel Scorza, and soccer, playing endless games on the beach at sunset.

In 1980 Regin was appointed news editor for Latin America, overseeing coverage of some 20 countries from Mexico to Argentina from his base in Buenos Aires. He was there when the Falklands/Malvinas war broke out over Argentina’s seizure of the South Atlantic archipelago in April 1982.

As the British fleet sailed to retake the islands, Reuters transferred British staff across the Rio de la Plata delta to Uruguay and replaced them with nationals of neutral countries. Regin’s French passport gave the uncomfortable privilege of covering the Argentine side of the war for the “enemy” news agency.

Foreign reporters feared for their safety at times, but Claude’s citizenship made is easier as French-made Exocet missiles inflicted damage on the British fleet and made France popular in Argentina.

There was tension in the Buenos Aires newsroom as local staff, faced with radically contrasting stories from Reuters and Argentine media, wondered which to believe. Defeat came as a shock to Argentinians, who had been fed weeks of triumphant communiques.

The defeated military junta collapsed and Regin moved to Abidjan as chief correspondent, West Africa. It was a throwback to his childhood in Dakar, Senegal, where his father worked for Air France.

For five eventful years he covered more than 20 countries extending from the Mauritania desert to the Democratic Republic of Congo. Giving the better-staffed French news agency AFP a hard time, he played a key role in establishing Reuters journalistic brand in this part of the world.

Regin’s last foreign assignment was to Geneva, a hub of international organisations. His Reuters career came full circle with his last job as a senior editor on the French desk, which had moved to Paris in the 1980s.

After retiring, he taught a Reuters Foundation course in writing techniques for French-speaking African journalists in Dakar. He also taught at Quebec City's Laval University. But he never missed his Greek island summer holiday.

“Friendship, Fidel, football”, was how a Paris colleague remembered him. He had a string of faithful friends from his various assignments and was appreciated as a pleasant work companion. Paris colleagues described him as a great professional, rigorous and demanding, as well as kind and helpful with junior staff, and modest despite his long career.

To his friends he was elegant and romantic with a sense of irony. They liked his dry, but never unkind humour. He enjoyed chatting about cinema - his son Christophe is a film director - literature, and soccer, a passion he had nurtured in the land of Maradona and in Africa. He could enliven an evening waxing lyrical about Platini’s or Zidane’s technique.

Claude is survived by his wife Josiane, two sons, Christophe and Olivier, and three grandchildren. ■