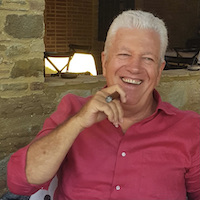 When I hired Marko Bello (photo) into Reuters Bucharest bureau in 1991 it was an unorthodox act which raised some eyebrows but was later worth its weight in gold, Peter Humphrey writes.

Marko was a diplomat for what was viewed as Europe’s most hardline Stalinist state - Albania. Why did I do it? Because I took the measure of the man and saw his warmth, integrity and vulnerability.

Sadly, Marko recently died of the COVID-19 virus, contracted while being treated at a hospital in Turkey. His untimely death at age 59 is a potent moment of grief for his family - wife Silvana and their two children Nancy and Marsid - and for many Reuters friends, but it is a chance for me to tell an unusual story about a special man.

In late 1990, I frequently visited the Albanian embassy in Bucharest to lobby for reporting visas as the hermit state began to crumble internally and edge towards revolution.

Marko had joined Tirana’s foreign ministry as a young diplomat in the twilight years of Stalinist rule, around the time I was lobbying for reporting trips to Albania. At this time his nation was mired in sordid backwardness and ranked as the poorest in Europe. The ministry posted him to Bucharest as a secretary of its embassy, where I befriended him in 1990.

I had visited Shqipëria, “Land of Eagles”, several times. A year or two earlier, with nods and winks, senior contacts at the Albanian embassy in Vienna had issued me visas under a pretext and I was able to report on the decay and poverty and despair in the country and to predict its revolution.

I scored points with my friends at the Vienna embassy by helping them fix problems with the transmissions of their state news agency ATA and by providing them with Reuters news reports after Reuters stopped telex transmissions to Tirana. They had thanked me by giving me the scoop on the death of Albanian dictator Enver Hoxha in 1985 followed by brandy in the embassy, and, later on, visas.

When I met Marko, I sensed instantly that he was my new Albanian ally and I am grateful for his help which contributed to Tirana allowing me into Albania again to report on the end of Stalinist rule in December 1990, when the Communist Party allowed an opposition for the first time, unbanned religion, and Stalin statues were torn down.

Soon after this revolution, I went to the embassy in Bucharest. It was in a state of shock. Marko told me the post-Stalinist government had fired the entire staff of the Albanian foreign ministry. He was now unemployed. He said he had decided to stay on in Bucharest and look for a job. After all, Romanian was one of his foreign languages, along with Italian, French and English.

“It’s a whole new world now,” I said. “Why not retrain as a journalist. Your skills and experience are relevant.” I offered him a job, and he leapt on it. “Marko was so enchanted with Reuters,” Silvana told my former Bucharest colleague Roxana Dascalu after Marko passed away.

Colleagues recall Marko’s sense of humour. Peter Bale, who succeeded me as Bucharest bureau chief in 1994, remembers Marko commenting on a story in which Bale had noted wild dogs roaming the runway of Bucharest’s Otopeni airport: “Peter, I know it’s amusing but I don’t really know why. In Tirana, we have cows on the runway,” said Marko.

When he returned to Bucharest in 1997 as ambassador, Marko broke a few rules. Says Bale: “He drove me round Bucharest one day in his diplomatic Volvo, cheerfully declaring: “I still have no driving licence but I’m a diplomat now, so it doesn’t matter!”

“Marko carried himself with a palpable dignity no matter how hard things were, and they were tough in the years immediately after the fall of communism, with rampant inflation and everyone forced to make huge adjustments in their status and prospects. He and his wife Silvana were unfailingly generous well beyond their means,” Bale says.

Roxana recalls Marko mischievously played along with her to make calls to an anti-Hungarian politician because, oddly, he had the same name as the leader of Romania’s Hungarian minority. “We momentarily fed paranoia that Reuters had hired the politician,” she says.

As Albania “settled down” Marko returned home in the mid 1990s and became our stringer there. He was the first homegrown Albanian to report for Reuters from his country. He arrived just in time to cover an explosive story. He became gold dust to Reuters when a rebellion rolled across Albania for much of 1997.

A government-backed pyramid scheme had collapsed triggering an armed revolt that verged on civil war. As people ransacked military barracks and seized arms, Marko ran around his country covering this conflict, as his many bylines from the Reuter archives testify. He was later reinforced by Colin McIntyre, Ron Popeski and Giles Elgood, who set up a temporary bureau in the Rogner Hotel, near the presidential palace, while Kurt Schork roamed the Greek frontier.

“He helped us in Tirana when Albania almost imploded in 1997,” reflects McIntyre. “He was a lovely man. He took us to visit his parents in a town outside Tirana when we were on our way to a story. He had wonderful English, and was very politically savvy.”

Marko was later reinstated into his diplomatic career and posted back to Bucharest as ambassador extraordinary and plenipotentiary, until 2000.

He went on to become a highly respected public figure in Albania. After leaving journalism and diplomacy, he entered politics. He was elected three times as a member of parliament for the Socialist Party, a European-style social-democratic party born out of the ashes of the former Communist Party. He held a series of cabinet posts, including terms as Minister for European Integration, Minister for Government Coordination, and Deputy Minister of Defence as Albania became a NATO ally and EU membership candidate. How many Reuters correspondents go on to do this? ■